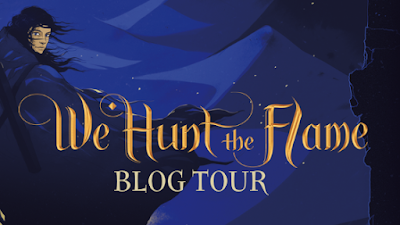 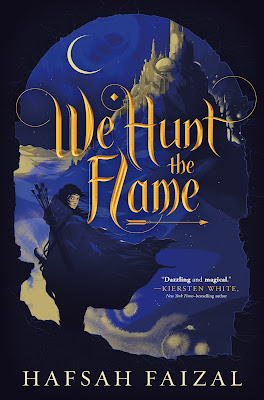 Book Description: People lived because she killed.
People died because he lived.
Zafira is the Hunter, disguising herself as a man when she braves the cursed forest of the Arz to feed her people. Nasir is the Prince of Death, assassinating those foolish enough to defy his autocratic father, the king. If Zafira was exposed as a girl, all of her achievements would be rejected; if Nasir displayed his compassion, his father would punish him in the most brutal of ways.
Both are legends in the kingdom of Arawiya—but neither wants to be.
War is brewing, and the Arz sweeps closer with each passing day, engulfing the land in shadow. When Zafira embarks on a quest to uncover a lost artifact that can restore magic to her suffering world and stop the Arz, Nasir is sent by the king on a similar mission: retrieve the artifact and kill the Hunter. But an ancient evil stirs as their journey unfolds—and the prize they seek may pose a threat greater than either can imagine.
Set in a richly detailed world inspired by ancient Arabia, We Hunt the Flame is a gripping debut of discovery, conquering fear, and taking identity into your own hands.
__________________________________________________________________________

I LOVED this book. We Hunt the Flame is an amazing debut.

Five things about this book:

2) Pacing - A lot of set-up happens in this book, and the real thrust of the plot/action doesn't kick off until at least 100 pages into the story. It is worth it, and I appreciated being able to get to know the main characters/world better at the start, but keep that in mind as you read.

3) Squad Goals - One of my favorite things about this story is the Zumra, or squad, that forms. I adored each member - Zafira, Nasir, Altair, Kifah and Benyamin - and everything about seeing this very tentative group learn to work together as secrets, hidden agendas, and affinities are revealed. And they go on a very dangerous mission together to bring magic back to their world. If anything, I wanted more of these five as a group, and as individuals. Hopefully, we will get a chance for that in the future. I also want more of Zafira's bff Yasmine.

4) Imagery - I love the comparisons/juxtapositions in this book - especially how they play out between the different characters, starting with the first lines of both Zafira and Nasir's chapters. The huntress and the assassin, light and dark, love (and femininity) as strength and weakness, even in the meaning of names. I feel like I'm going to need to read this again to unpack it all.

5) Romance - Of course I must talk about the romance too. It is here and it is slow and achy, and I need to have more of it. I will say that for me, there are some aspects at the start that are messier than I prefer. But there is no love triangle, and I don't foresee there being one - I really hope not because this book is so good and there's so much going on besides that.

This book has it all, but it is only the beginning, and I'm desperate for more.

We Hunt the Flame is a story in contrasts. Of light and dark, snow and sand

and the spark of magic.

Below are two images inspired by the book:

1) Zafira has grown up in a land of ice and snow, but is drawn to a place of shadows. 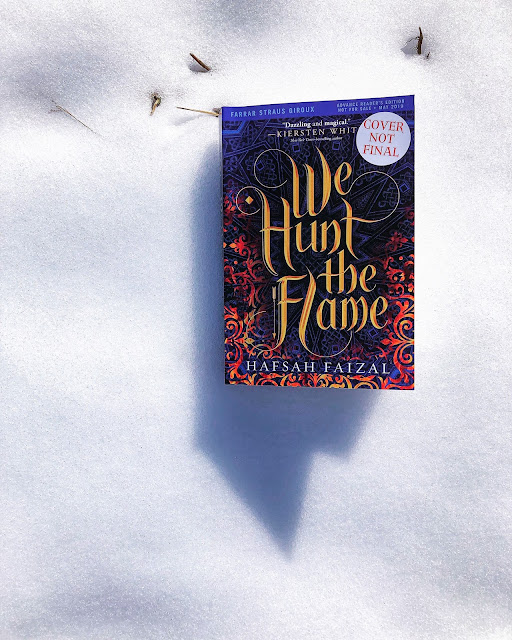 2) Darkness creeps through this story, and so does magic, and revelation, and light. 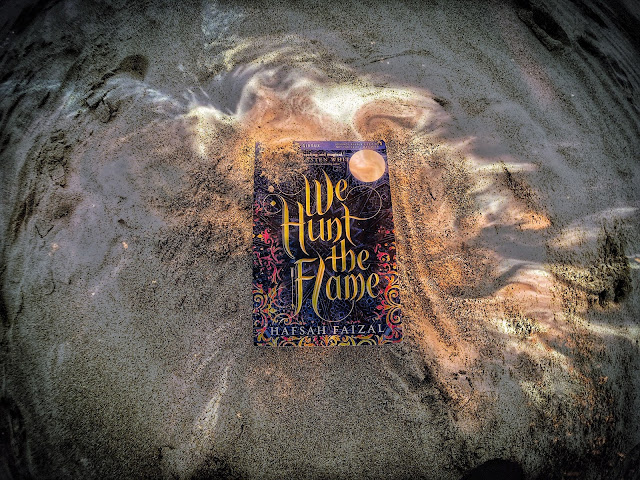 Hafsah Faizal is an American Muslim and brand designer. She’s the founder of IceyDesigns, where she creates websites for authors and beauteous goodies for everyone else. When she’s not writing, she can be found dreaming up her next design, deciding between Assassin’s Creed and Skyrim, or traversing the world. Born in Florida and raised in California, she now resides in Texas with her family and a library of books waiting to be devoured. WE HUNT THE FLAME is her first novel. hafsahfaizal.com


I can't wait to get my hands on the final copy and final cover of this book.

Have you preordered your copy?
Amazon | B&N | Book Depository | Indiebound