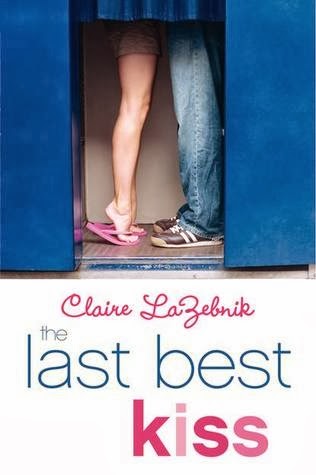 Anna Eliot is tired of worrying about what other people think. After all, that was how she lost the only guy she ever really liked, Finn Westbrook.
Now, three years after she broke his heart, the one who got away is back in her life.
All Anna wants is a chance to relive their last kiss again (and again and again). But Finn obviously hasn’t forgotten how she treated him, and he’s made it clear he has no interest in having anything to do with her.
Anna keeps trying to persuade herself that she doesn’t care about Finn either, but even though they’ve both changed since they first met, deep down she knows he’s the guy for her. Now if only she can get him to believe that, too....
With her signature wit and expertly authentic teen voice, Claire LaZebnik (the author of fan favorites Epic Fail and The Trouble with Flirting) once again breathes new life into a perennially popular love story. Fans of Polly Shulman, Maureen Johnson, and, of course, Jane Austen will love this irresistibly funny and romantic tale of first loves and second chances.
_______________________________________________________________________

I'm a fan of modern takes on classic stories, especially those inspired by the works of Jane Austen. But inevitably, I always feel like they miss their mark in some way. There's just no way to perfectly recreate the magic from the original story. Persuasion is one of my favorite books, though I haven't read a lot of adaptations of it. I was really excited to discover that Clare LaZebnik was going to tackle it in The Last Best Kiss. Overall I was pleasantly surprised with this retelling of Persuasion, though some elements didn't work for me.

First, this story works very well in a high school setting. Not only does it actually seem like high school today - the fashion, phones and culture - but the story set up was believable. A girl just entering ninth grade likes a geeky boy, and he likes her, but she is ashamed to tell her popular friends about him. This rejection costs her his affection, and soon after the boy leaves the area with his parents. He comes back three years later right before their senior year, only to have grown up and not be quite so dorky anymore. The girl feels bad about how she treated him in the past and wants desperately to reconnect with him, but he doesn't want anything to do with her. It get's harder when he becomes part of her group of friends and seems to maybe be interested in one of them.

This girl's name is Anna and I felt all of her raw emotions in this book. Her shame and embarrassment at how she'd treated Finn in the past, as well as her desire to fix what she'd destroyed, oozed off the page. Although Anna's initial rejection of Finn is so hard to watch, it felt honest, and I could completely sympathize with her. She is a young high school girl who feels left out at home and is desperately trying to fit in with her friends. Finn's anger and hurt at Anna is equally understandable. I loved the tension between them throughout this book, and the fact that he isn't perfect either.

Although the beginning of this book worked very well as an adaptation - I could feel Anna's emotions intensely - where this book faltered for me was the author's attempts to stick to the some of the side plots from the original story. As I've read more adaptations of classics and fairy tales, I've discovered that my favorites are ones that take the spirit of the original tale and adapt it to a new story, as opposed to trying to stick to all of the original elements. Updated in this contemporary high school setting, some of the details from Persuasion didn't work as well for me. They didn't make sense except that they came from the first story. Especially the inclusion of Ginny and the drama surrounding her relationship with Anna's father. However, I really like what the author did with Anna's sister's Molly's storyline and the parallels it provided to Anna's experiences.

One of my favorite moments in Persuasion is the explosive end where Anne gets the letter from Captain Wentworth that proves his love. Of course, I was hoping for something equally climactic at the end of The Last Best Kiss. What we actually get isn't that profound, though the end is sweet and gives us a chance to enjoy Finn and Anna together. However, I did feel like the story extended past when it needed to, in order to wrap up some of the side plots. Still, as a whole I enjoyed this contemporary YA retelling of Persuasion.