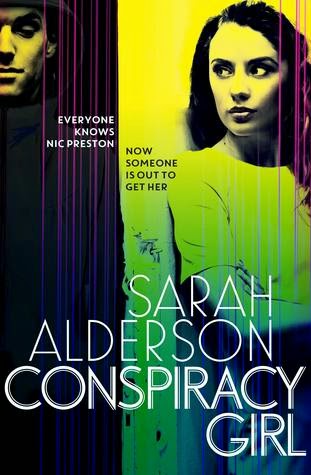 Everybody knows about the Cooper Killings – the Bel Air home invasion that rocked the nation.
There was only one survivor - a sixteen year-old girl.
And though the killers were caught they walked free.
Now eighteen, Nic Preston - the girl who survived - is trying hard to rebuild her life. She’s security conscious to the point of paranoia and her only friend is a French Mastiff bulldog, but she’s making progress. She’s started college in New York and has even begun dating.
But then one night her apartment is broken into and the life Nic’s worked so hard to create is shattered in an instant.
Finn Carter - hacker, rule breaker, player – is the last person Nic ever wants to see again. He’s the reason her mother’s killers walked free from court. But as the people hunting her close in, Nic has to accept that her best and possibly only chance of staying alive is by keeping close to Finn and learning to trust the person she’s sworn to hate.
Fleeing across a snowbound New England, frantically trying to uncover the motive behind the murders, Nic and Finn come to realize the conspiracy is bigger than they could ever have suspected. But the closer they get to the truth and the closer they get to each other, the greater the danger becomes.
To survive she has to stay close to him.
To keep her safe he has to keep his distance.
__________________________________________________________________________

Conspiracy Girl is another thrilling read from Sarah Alderson. It begins with an intensely traumatic break-in, features two unlikely characters on the run together and adds a slow building romance to sweeten it all up.

Two years ago Nic Preston was the only survivor in a brutal home invasion that left her mother and step-sister dead. Then the nightmare continued into a high profile trial that thrust Nic in the center of the spotlight. Although it's been a slow process for Nic, she is doing her best to move on with her life, including moving to New York City to attend college. But Nic's fragile sense of safety is quickly shattered when she discovers an intruder in her house. This should not be possible in her very secure apartment with its state of the art security system. How is this happening again? Is this the same people who attacked her family before? And what are the after now?

Much to Nic's dismay, this recent trauma puts her directly in the path of Finn Carter, a master hacker and computer wiz whose evidence allowed the suspects in the murder trial walk free 2 years ago. Nic is not pleased to see Finn again, in fact it's pretty safe to say she hates him. But she soon discovers that he might be her best chance of survival. Conspiracy Girl is told in dual narration between Nic and Finn, and it's very helpful to get both of their perspectives throughout the story.

Nic begins this book scared and beaten down by the horrible things that have happened to her in the past, especially as they're all happening again. But there's fire in her as well, and I enjoyed seeing her discover that throughout the course of this story. As much as he comes across as arrogant - because he really is good at what he does and he knows it - Finn has a heart for solving crime and protecting the innocent. I was a little worried that Finn was going to get too wrapped up in being Nic's savior. But I appreciated the glimpses we got of his past that showed why he is the way he is. And the fact that he is very supportive of Nic and thrilled when she shows the strength inside of her.

As you've probably guessed, there's a slow building hate to love romance between Nic and Finn. I loved watching it play out throughout the course of this story. They spend a lot of time together, and much of the time, it is just the two of them trying desperately to stay alive. For their own survival, they must learn to trust each other and over time that tension builds between them and then it explodes.

The romance, while a delicious edition, was not the main event in Conspiracy Girl. This book is a mystery and thriller, and I was on the edge of my seat throughout it. I was constantly worried that Nic and Finn would not be able to outrun their pursuers in time, and I was frantically trying to figure out why Nic was still a target. The revelations at the end definitely surprised me. One, I'm still a little confused on the motive, but Sarah Alderson did a great job keeping me turning pages trying to find out what happens next. Finn and Nic face a whole lot of danger together and things keep getting crazier for them.

Sarah Alderson is fantastic at combining dangerous situations, lots of intensity with swoony romance and hot boys. I have been a fan of Sarah Alderson since her Hunting Lila, and enjoyed Conspiracy Girl a lot.