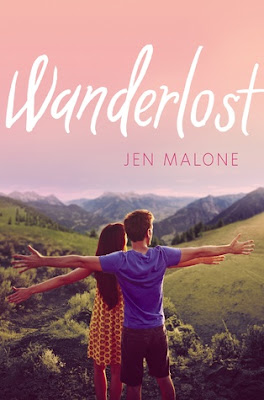 Not all those who wander are lost, but Aubree Sadler most definitely is on this novel’s whirlwind trip through Europe. A romantic and charming YA debut perfect for fans of Stephanie Perkins and Jenny Han.Aubree can’t think of a better place to be than in perfectly boring Ohio, and she’s ready for a relaxing summer. But when her older sister, Elizabeth, gets into real trouble, Aubree is talked into taking over Elizabeth’s summer job, leading a group of senior citizens on a bus tour through Europe.Aubree doesn’t even make it to the first stop in Amsterdam before their perfect plan begins unraveling, leaving her with no phone, no carefully prepared binder full of helpful facts, and an unexpected guest: the tour company owner’s son, Sam. Considering she’s pretending to be Elizabeth, she absolutely shouldn’t fall for him, but she can’t help it, especially with the most romantic European cities as the backdrop for their love story.But her relationship with Sam is threatening to ruin her relationship with her sister, and she feels like she’s letting both of them down. Aubree knows this trip may show her who she really is—she just hopes she likes where she ends up.
____________________________________________________________________________

This book was completely charming and delightful! Anytime a story combines travel with romance, I am all in, and Wanderlost does both of those things very well.

What I wish (These were quite small overall) -

Wanderlost is a must read for summer! Don't miss this one.

Love Triangle Factor: None
Cliffhanger Scale: Standalone
Posted by Lauren @ Love is not a triangle at 12:00 AM