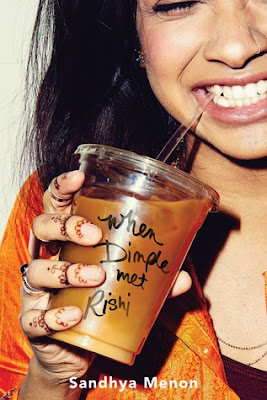 Book Description: Dimple Shah has it all figured out. With graduation behind her, she’s more than ready for a break from her family, from Mamma’s inexplicable obsession with her finding the “Ideal Indian Husband.” Ugh. Dimple knows they must respect her principles on some level, though. If they truly believed she needed a husband right now, they wouldn’t have paid for her to attend a summer program for aspiring web developers…right?Rishi Patel is a hopeless romantic. So when his parents tell him that his future wife will be attending the same summer program as him—wherein he’ll have to woo her—he’s totally on board. Because as silly as it sounds to most people in his life, Rishi wants to be arranged, believes in the power of tradition, stability, and being a part of something much bigger than himself.The Shahs and Patels didn’t mean to start turning the wheels on this “suggested arrangement” so early in their children’s lives, but when they noticed them both gravitate toward the same summer program, they figured, Why not?Dimple and Rishi may think they have each other figured out. But when opposites clash, love works hard to prove itself in the most unexpected ways.
___________________________________________________________________

After hearing so much about When Dimple Met Rishi, I finally picked the book up, and I'm so happy that I did! What a great read this was!

It seems like the 'forbidden love' trope is everywhere, but what if two people who are supposed to fall in love, actually do? This is such a fun example of that. Dimple is not interested in an arranged marriage. She's excited for college and getting away from her meddling mother. She can't believe her parents have agreed to send her to a summer program where she'll get to develop her own app. However, as soon as Dimple arrives at SFSU ready to begin her future, she meets Rishi, who basically introduces himself to her as her future husband. It all becomes clear, then, why her parents were so happy to send her to the program. Of course, she's furious at her parents scheming, and the fact that she can't help like Rishi despite it all.

While it took me more time to warm up to Dimple than Rishi, who was totally my type of guy from the start, I could also understand her dedication to her studies and her complete freak out when she met Rishi. I can't even fathom my parents having tried to set me up for marriage when I was 18 and going to college. Speaking of that, I love the way this book weaves in Dimple and Rishi's Indian heritage and culture through this book and within their lives in California. I really liked that both of their parents are part of their lives, but we also watch Dimple and Rishi begin to forge their own paths forward too. That struggle is such a relatable and true part of that transition from life in high school and at home to college and out in the world. I had so much fun watching Dimple and Rishi fall for each other through the course of their 6 weeks at Insomnia Con. Despite how different they seem at first, these two really get each other. And so much of this book was the sweet and swoony building of first love. Rishi is the best date planner, btw. However, where the story fell a for me was in the Big Break section. I never like that part of a book, but I found what happened here to be extra frustrating [spoiler: Although I cannot relate to the pressure she was perceiving from her parents to pick marriage or a career, she was so incredibly mean in how she handled the whole situation. I had trouble getting back the warm fuzzies at the conclusion after all of that.] But still, this is a fantastic book, I couldn't help but root for Dimple and Rishi, and I totally get why everyone is praising it so much! Love Triangle Factor: NONECliffhanger Scale: Standalone. A companion book from Rishi's brother's POV is to come in the future.