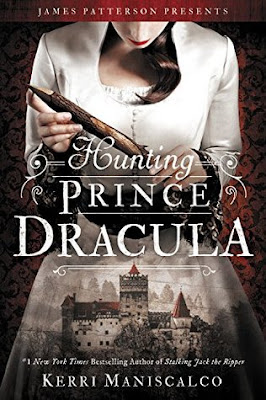 I heard so much hype about Stalking Jack The Ripper, and was excited to read it. But I ended up having mixed feelings about the story. Well, I am thrilled to report that Hunting Prince Dracula was a complete winner for me. I think one of the main differences between the two, and reasons this book worked much better for me, is that it didn't follow a well known case. Instead, Hunting Prince Dracula is a unique story created from the legends and history of Vlad the Impaler, aka the original Dracula. And boy is this story creepy - and bloody.

The setting of Bran Castle in Romania (the inspiration for Dracula) was the perfect backdrop to this new case, adding a frightening layer of history to this tale. I had no idea who the murderer was until they were revealed, and was on the edge of my seat in anticipation following Audrey Rose through the castle as she sought to figure it out before anything more terrible could happen (*shudders*). Not only is Audrey Rose racing against a murderer, she's fighting deep prejudice against the role of women at this time, even more so because of her passion for examining dead bodies. I appreciated her strong will and determination to go after what she wants, no matter what others think.

The romance between Audrey Rose and Thomas also heats up, and I enjoyed watching them work out their feelings as they worked together through the book. I love when I can understand the connection between two people and I completely see it between these two. They really are each other's match. Nothing like a active murderer and an increasingly disturbing case to bring two people together! We also begin to learn more about Thomas in this story, and even meet his sister, whom I liked a great deal.

Once again, this case wraps itself up well while the ending also teases where the characters will go in the future. I'm so glad I stuck with this series!

Love Triangle Factor: None
Cliffhanger Scale: Low. Series book 2-3. This specific case/story wraps well, but the direction of the next one is teased at the end. 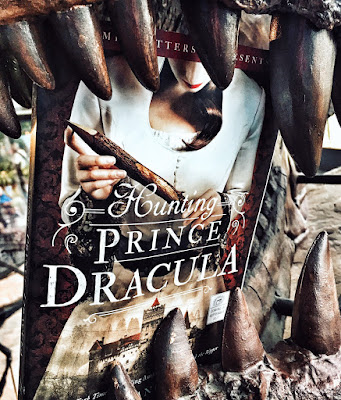 A creepy photo for a creepy story.
Check out more of my bookish Instagram posts at @loveisnotatriangle