Have you ever read a Pied Piper retelling before?
Well, I hadn't until this book, which is also the perfect creepy October read.
Scroll down for more of my thoughts on Piper! 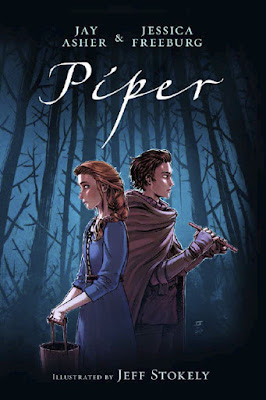 Long ago, in a small village in the middle of a deep, dark forest, there lived a lonely young girl named Maggie. Maggie is deaf and is shunned by her village because of this. Her only comfort comes from inventing stories and dreaming of one day finding her fairy-tale love. 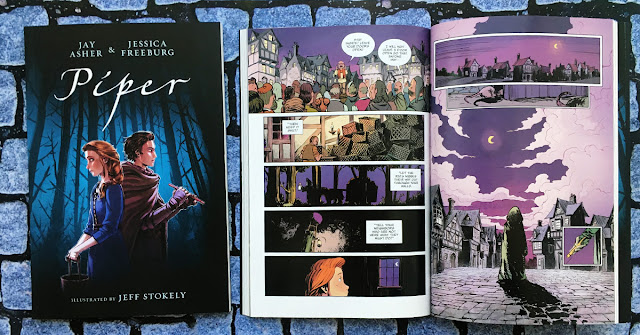 Piper is a beautifully illustrated, dark, graphic novel retelling of the legend of the Pied Piper. I've never read anything based off of this myth, so I was very excited to get my hands on a copy of this book.

Piper is set in a small town in the middle of a forest in a time that could be Medieval Europe. People feared plagues and anything different from themselves, and towns were so overrun with rats *shudders* that they employed rat catchers. Maggie is an outcast in her community because she is deaf and because of her family history. This girl is a survivor, living with the kindness of an elderly woman and her love of stories. Turning the awful things she experiences at the hands of her neighbors into amusing tales, Maggie dreams of finding love and acceptance of her own. Then a mysterious boy named Piper comes to town, claiming he can rid the town of all their rats. He also catches Maggie's attention. But this boy has a dark side and as Maggie gets closer to him, the story becomes creepier and he begins to look less and less like a fairytale prince.

I read this graphic retelling in one afternoon, falling further and further into Maggie's world as I spiraled through the eerie atmosphere of this tale. I'm always a fan of retellings that turn a well known story into its own experience, and I enjoyed how that was done with Piper, including the choice to tell this tale in graphic form. Both the characters of Maggie and Piper were well fleshed out and I had no idea how this story would turn out when I started reading it. Despite the increasing creepiness of the tale, I felt sympathy for both characters and could understand their choices. And though it's not the traditional HEA of a fairytale, the ending was surprising and satisfying and terrifying all in one go. It also suits this particular story perfectly. I've definitely been thinking about the Pied Piper legend a little differently after finishing this. Piper was the perfect retelling to read in October and comes recommended from me.

Here is my photo inspired by this story: 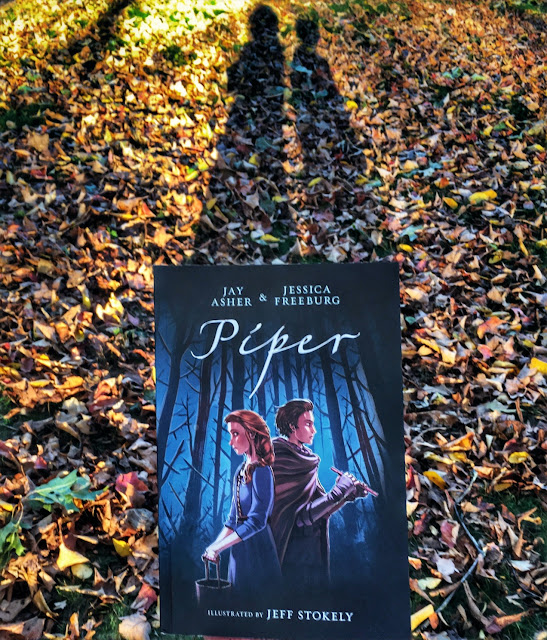 Find this and other photos on my bookish Instagram @loveisnotatriangle

Jay Asher's debut novel, Thirteen Reasons Why, has regularly appeared on the New York Times bestsellers list during its first decade in print, selling over 2.5 million copies in the United States alone. The Future of Us, his second novel, was co-authored with Printz Honor winner Carolyn Mackler. His third novel, What Light, will be released in October 2016. His novels have been translated into thirty-seven languages. He lives with his family in a California. Follow him @jayasherguy.

Jessica Freeburg is the author of paranormal fiction (Living in Shadows) and narrative nonfiction works focused on creepy legends and dark moments in history including Monsters of the Midwest, Fight for Survival, and Collapse and Chaos. To blend her love of writing with her passion for history and the paranormal, Jessica founded Ghost Stories Ink, a group of authors, illustrators, and filmmakers who visit historic locations and perform paranormal investigations for creative inspiration. She also serves as the assistant regional advisor for the Minnesota Society of Children's Book Writers and Illustrators. Follow her @JessicaFreeburg.

Jeff Stokely is the co-creator and artist of Eisner-nominated comic series The Spire. He is the artist of acclaimed series Six-Gun Gorilla and Jim Henson's The Storyteller: Witches, The Reason For Dragons. 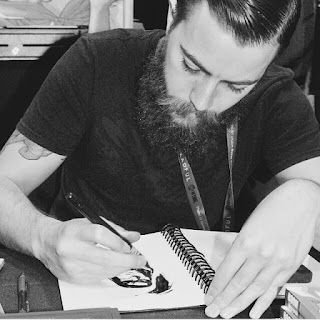 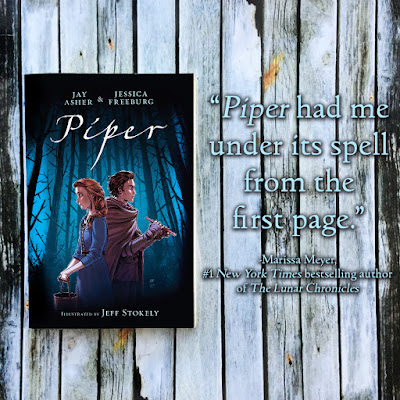