This week I can't wait for:
Dial Books for Young readers
(Penguin)

According to Penguin.com, "In fiction for middle grade and young adult readers, Dial's focus has always been on stylish, genuine, character-driven writing."

I'm really liking that this series is going to be a duet, but I'm hoping this book is not going to turn triangle-y. 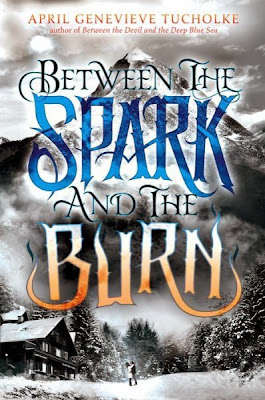 Between the Spark and the Burn
by April Genevieve Tucholke
Published April 14, 2014

The conclusion to Between the Devil and The Deep Blue Sea, this gothic thriller romance with shades of Stephen King and Daphne du Maurier is a must-read for fans of Beautiful Creatures and Anna Dressed in Blood.

The crooked-smiling liar River West Redding, who drove into Violet's life one summer day and shook her world to pieces, is gone. Violet and Neely, River's other brother, are left to worry—until they catch a two a.m. radio program about strange events in a distant mountain town. They take off in search of River but are always a step behind, finding instead frenzied towns, witch hunts, and a wind-whipped island with the thrum of something strange and dangerous just under the surface. It isn't long before Violet begins to wonder if Neely, the one Redding brother she thought trustworthy, has been hiding a secret of his own . . .

I love this author. I love purple. I love the beach. What's not to like? 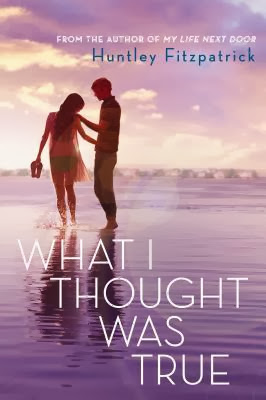 What I Thought Was True
by Huntley Fitzpatrick
Published April 15, 2014

From the author of My Life Next Door comes a swoony summertime romance full of expectation and regret, humor and hard questions.


Gwen Castle's Biggest Mistake Ever, Cassidy Somers, is slumming it as a yard boy on her Nantucket-esque island this summer. He's a rich kid from across the bridge in Stony Bay, and she hails from a family of fishermen and housecleaners who keep the island's summer people happy. Gwen worries a life of cleaning houses will be her fate too, but just when it looks like she'll never escape her past—or the island—Gwen's dad gives her some shocking advice. Sparks fly and secret histories unspool as Gwen spends a gorgeous, restless summer struggling to resolve what she thought was true—about the place she lives, the people she loves, and even herself—with what really is.

This book has no description or cover, but it's by the same author who wrote The Sky is Everywhere, so YES!

The History of Luck
by Jandy Nelson
Published September 11, 2014

What book are you waiting on this week?
Posted by Lauren @ Love is not a triangle at 12:00 AM