Today I'm thrilled to be sharing the title and description of the final book in Alwyn Hamilton's Rebel of the Sands trilogy.

Hero at the Fall 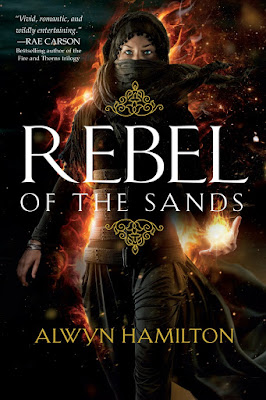 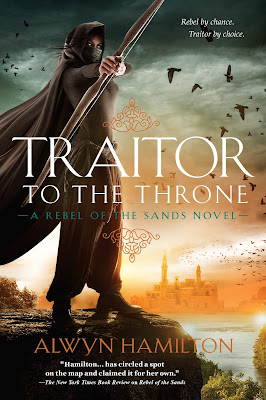 I am a huge fan of Amani and this entire series, and I can't wait for the cover of Hero at the Fall to be revealed, and then to see it standing alongside Rebel of the Sands and Traitor to the Throne.

Want to know more about Hero at the Fall?

Book Description: The breathless finale to the New York Times bestselling Rebel of the Sands series will have you on the edge of your seat until the dust from the final battle clears!

When gunslinging Amani Al'Hiza escaped her dead-end town, she never imagined she'd join a revolution, let alone lead one. But after the bloodthirsty Sultan of Miraji imprisoned the Rebel Prince Ahmed in the mythical city of Eremot, she doesn't have a choice. Armed with only her revolver, her wits, and her untameable Demdji powers, Amani must rally her skeleton crew of rebels for a rescue mission through the unforgiving desert to a place that, according to maps, doesn't exist. As she watches those she loves most lay their lives on the line against ghouls and enemy soldiers, Amani questions whether she can be the leader they need or if she is leading them all to their deaths.

How does author Alwyn Hamilton describe her series finale?

"The rebellion has been betrayed. The Rebel Prince has been captured. And the remnants of the rebellion lie in hands more used to shooting a gun than managing an army: The Blue Eyed Bandit’s. Amani, to those who know her as the girl instead of the legend.

With the Sultan ruthlessly reclaiming the desert with his inhuman army, only a few know that the Rebel Prince is still alive, imprisoned. And if there’s any hope of resurrecting the country’s failing faith in the rebellion, Amani, Jin and their few remaining allies will have to rescue him from a prison deep in the mountains. A place which, until now, Amani thought was a only myth.

Now Amani must return to where she came from, confronting towering walls of fire, dangerous foreign armies, and legendary tricksters. Heading quickly down a road which Amani knows ends in an all out war, and her finding out just how much she can bring herself to sacrifice to save her whole country."

Alwyn Hamilton was born in Toronto and lived between Canada, France, and Italy until the was three, when her family settled in the small French town of Beaune. She studied History of Art at King's College, Cambridge, graduated in 2009, and lives in London.