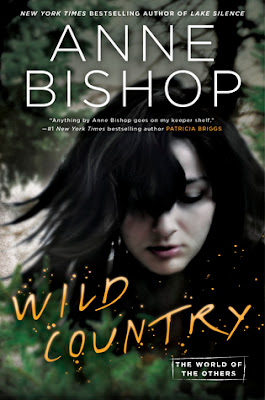 Book Description: In this powerful and exciting fantasy set in the world of the New York Times bestselling Others series, humans and the shape-shifting Others will see whether they can live side by side...without destroying one another.There are ghost towns in the world—places where the humans were annihilated in retaliation for the slaughter of the shape-shifting Others.One of those places is Bennett, a town at the northern end of the Elder Hills—a town surrounded by the wild country. Now efforts are being made to resettle Bennett as a community where humans and Others live and work together. A young female police officer has been hired as the deputy to a Wolfgard sheriff. A deadly type of Other wants to run a human-style saloon. And a couple with four foster children—one of whom is a blood prophet—hope to find acceptance. But as they reopen the stores and the professional offices and start to make lives for themselves, the town of Bennett attracts the attention of other humans looking for profit. And the arrival of the Blackstone Clan, outlaws and gamblers all, will uncover secrets…or bury them.
___________________________________________________________________

NOTE: Wild Country is the second book in The World of the Others series, following Lake Silence. This series is a companion to the previous five Others books, which start with Written in Red and focus on Meg and Simon and the Lakeside Courtyard. This book is a little bit more tied to the Others books than Lake Silence was. It connects into the last one, Etched in Bone, and I don't know why you'd want to miss out on everything that came before this, because it is amazing.

What I loved: I cannot tell you enough how much I love this Others world that Anne Bishop has created. I have devoured every previous book, and look forward with much anticipation, to each new one written. The first five books of the series remain my favorites, but I've enjoyed exploring outside of the bounds of the Lakeside Courtyard. I was especially excited to visit Bennett, because we get some brief glimpses of this town from the end of Meg and Simon's series. I wanted to get to know Tolya Sanguinati and Barbara Debany better, as we'd met both of them before. Of course, this story introduces several new characters that I enjoyed meeting. But my favorite new faces in this book were definitely Virgil, the Wolfguard Sheriff and his new human deputy Jana.

After the Elders wiped out much of Bennett, (this was done because of the decisions of some terrible humans), the terra indigene are working to resettle the community and begin to bring in creatures, inuits, and humans to work together in the town. This process brings in some wonderful people, but also danger in the form of the Blackstone Clan.

This book has so many of the elements I've come to know and adore about this series, the characters, the intense world-building on a macro and micro scale, real danger and action, and the good guys trying to stay steps ahead of the bad. I especially love when the terre indigene begin to work with the inuits and humans and we see camaraderie and bonding between them in the face of the bad people. This book has all of that.

What I didn't love: However, I've got to admit that this is my least favorite book in this series. I'm struggling to pinpoint why this is exactly. Some of the reasons are small  like I personally did not care for the Tolya - Jesse Walker situation. I liked both of them a lot individually  but (spoiler) don't care for the "friends with benefits" situation that isn't going anywhere (end spoiler).

My disappointment was also largely due to the way the story ended. As Wild Country is the last book in this world that the author has scheduled (for now), I expected it to end differently than it does, with a little more hope and a more positive, or at least more clear bigger picture direction. Honestly, I was depressed when I ended this book. The action comes so quickly right up until the end an there's very little decompression when it's over and the book stops. I ended it feeling sad and let down about the state of the town and its residents. It all just felt unfinished to me, and maybe that's a lot to do with my expectations, but I just wanted a lot more from this story if it's the last one in the world. And with all that this town has faced, I wanted more for these charters at the end.

That said, I still enjoyed so much about this book and I would be thrilled if Anne Bishop writes more in this world. (crossing my fingers!!).

Love Triangle Factor: None, there are a few side romantic situations, but none of them drew me in like previous pairings.
Cliffhanger Scale: Standalone/companion. I don't know when/if the author will write more in this world - but, hopefully she will! 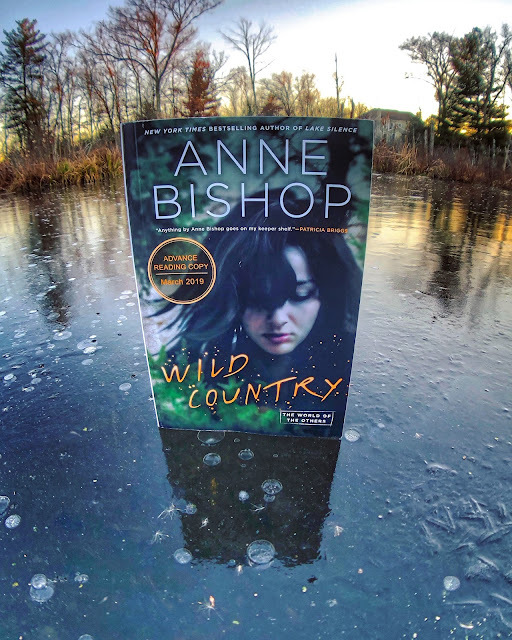 See this and other bookish inspiration shots on my instagram @loveisnotatriangle