The Sea of Tranquility 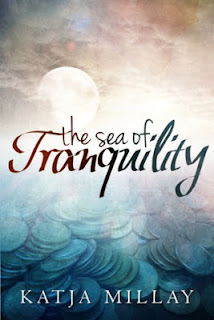 I live in a world without magic or miracles. A place where there are no clairvoyants or shapeshifters, no angels or superhuman boys to save you. A place where people die and music disintegrates and things suck. I am pressed so hard against the earth by the weight of reality that some days I wonder how I am still able to lift my feet to walk.
Full of rage and without a purpose, former pianist Nastya Kashnikov wants two things: to get through high school without anyone discovering her past and to make the boy who took everything from her pay.
All 17 year-old Josh Bennett wants is to build furniture and be left alone, and everyone allows it because it’s easier to pretend he doesn’t exist. When your name is synonymous with death, everyone tends to give you your space.
Everyone except Nastya, a hot mess of a girl who starts showing up and won’t go away until she’s insinuated herself into every aspect of his life. The more he gets to know her, the more of a mystery she becomes. As their relationship intensifies and the unanswered questions begin to pile up, he starts to wonder if he may ever learn the secrets she’s been hiding or if he even wants to.
The Sea of Tranquility is a slow-building, character-driven romance about a lonely boy, an emotionally fragile girl, and the miracle of second chances.
Please Note: This book contains mature content including profanity, drug/alcohol use, and sexual situations/language. (From Goodreads)
_____________________________________________________________________________

The Sea of Tranquility is an emotional, heartbreaking story about two very broken people who find each other. The story wrung me out and ripped me apart, but it also filled me with hope. The more I read, the more I was hooked. These are the types of characters that stick with me even after the story is finished, and I still haven't let them go.

I started this book knowing almost nothing about the story and its characters, although I had seen several very positive reviews, and I think not knowing made the experience even more profound. One of my favorite aspects of this story was the way in which the who, what and why of the characters was revealed. I was surprised more than once, and I urge you not to read too much about this book before you begin it.

What I will tell you is that The Sea of Tranquility is a contemporary issue/romance told in the alternating perspectives of Nastya Kashnikov and Josh Bennett. They meet when Nastya transfers to Josh's school. But though this book begins in the typical young adult book fashion, it is not your standard contemporary storyline. Both of these characters could be frustrating, and they certainly knew how to bring out my emotions. But I also wanted so much from them, and in the end I was blown away by them.

The pacing of The Sea of Tranquility started of slowly and it took me some time to get into the flow of these characters' story. Nastya and Josh are reluctant to tell us much about themselves, and I felt like we all had to warm up to each other before much information could be revealed. Even so, the book is also quite wordy in the beginning. The voices of Nastya and Josh are chatty, which is surprising because it takes them a while to start opening up to the reader about who they are. But they are both observers, and have a lot to say about what is going on around them (sometimes it's very amusing). However, after the first quarter I felt like the book hit its stride, and I was fully immersed in the characters.

I don't usually talk about covers and titles of books, but I did want to talk about these. The title The Sea of Tranquility is the sort that makes beautiful sense once the book has been read, but is rather ambiguous at first. I honestly saw it and thought - self help book? The cover also gives no clue as to what kind of book this is. In some senses I liked that, because I really had no idea what to expect when beginning this story. But I also think it could turn people away, because there's not much about it that makes one think that this is a contemporary young adult book. I am thankful for all the glowing reviews of this book that I've seen, or else I probably wouldn't have given it a chance.

**UPDATE: The Sea of Traquility has a new cover and it is perfect for this book. It really make the title POP as well. The book will also be released next year by Atria Books!*** 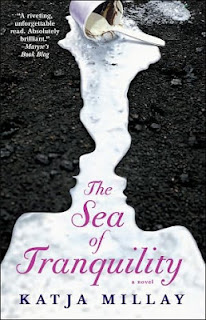 I urge you to pick up The Sea of Tranquility and experience Nastya and Josh's story for yourself. Although I don't want to tell you anything more about this story or its characters, I will leave you with one tantalizing quote.


"Being kissed by Josh Bennett is kind of like being saved. It's a promise and a memory of the future and a book of better stories."