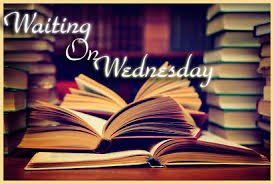 It's been a while since I've done a WoW post, but at one time I had been using the meme to highlight upcoming books by specific publisher or imprint. When I started blogging, I was so confused about who published what, and this has been a great way to get to know different publishers better.

This week I can't wait for:
Bloomsbury

I really enjoyed The Bone Season and I cannot wait to get into the sequel and find out what Paige is up to next. I'm definitely going to need to do some recapping prior to reading this, however. The world building is quite complex. 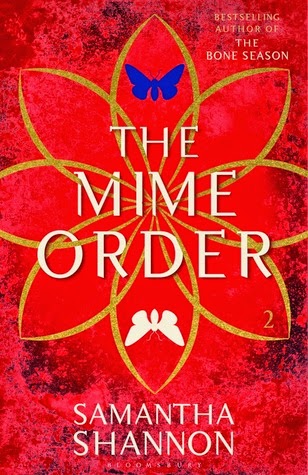 
Paige Mahoney has escaped the brutal penal colony of Sheol I, but her problems have only just begun: many of the fugitives are still missing and she is the most wanted person in London.


As Scion turns its all-seeing eye on Paige, the mime-lords and mime-queens of the city’s gangs are invited to a rare meeting of the Unnatural Assembly. Jaxon Hall and his Seven Seals prepare to take center stage, but there are bitter fault lines running through the clairvoyant community and dark secrets around every corner.

I enjoyed Open Road Summer so much when it debuted last year, and I've actually just finished Lord's sophomore story The Start of Me and You. It's another winner - preorder your copy everyone! I can't wait for it to come out so I can get my own too. 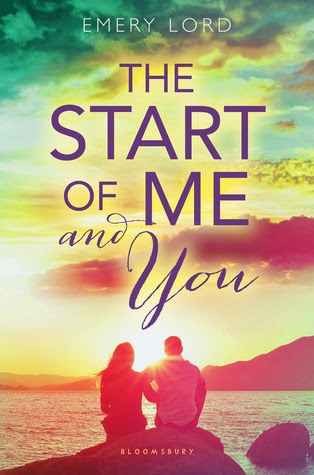 Following her pitch-perfect debut Open Road Summer, Emery Lord pens another gorgeous story of best friends, new love, & second chances.
It’s been a year since it happened—when Paige Hancock’s first boyfriend died in an accident. After shutting out the world for a year, Paige is finally ready for a second chance at high school . . . and she has a plan. First: Get her old crush, Ryan Chase, to date her—the perfect way to convince everyone she’s back to normal. Next: Join a club—simple, it’s high school after all. But when Ryan’s sweet, nerdy cousin, Max, moves to town and recruits Paige for the Quiz Bowl team (of all things!) her perfect plan is thrown for a serious loop. Will Paige be able to face her fears and finally open herself up to the life she was meant to live?
Brimming with heartfelt relationships and authentic high-school dynamics The Start of Me and You proves that it’s never too late for second chances.

While I liked Scarlet, I LOVED Lady Thief and I cannot wait to read the third book in this Robin Hood retelling where Will Scarlet is a cross dressing girl. The end of the last installment was so intense! I'm biting my nails to find out what will happen next. 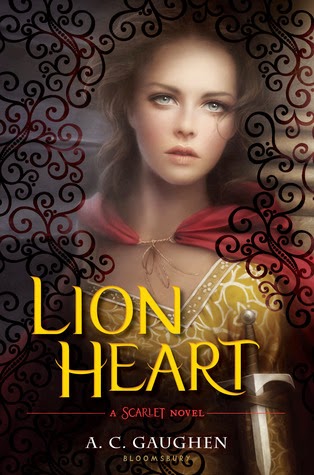 No description yet, but I already love it!

Confession time. I haven't read Maas's Throne of Glass series (yet). If you read my blog at all, you can probably guess that it has something to do with my fear of love triangles - even though several people have said it disappears. But I do plan to pick it up when a few more books are released. However, I cannot resist Beauty and the Beast retellings and this one sounds FANTASTIC.

For Feyre, the downfall of her merchant-class family into poverty wasn’t easy, but after five years, she’s starting to get the hang of things. Hunt, and her family lives; fail to catch anything, and they starve. It doesn’t help that her two older sisters are lazy and ungrateful, or that her father hasn’t bothered to recover from his misfortune, but Feyre is managing.

All that changes when a ferocious beast barges into their cottage, demanding that Feyre come live with him as payment for plucking an ordinary forest rose. Dragged off into the night, the beast brings her to a beautiful manor located in Faerie, the mysterious and deadly lands bordering the mortal world. There, he sheds his animal skin, and reveals himself to be Tamlin, a young, handsome Faerie Lord.

But the estate is overshadowed by a curse: each of its inhabitants wears a mask permanently attached to their face, and Tamlin is no exception. Despite her initial desire to loathe Tamlin and his world, Feyre soon finds herself attracted to the Faerie Lord by more than her curiosity.

Just when Feyre accepts the depth of her feelings for Tamlin, they’re torn apart by forces so dark that there’s little hope of standing against them. But Feyre has endured hardship before, and she refuses to accept that her happiness could be forever stolen from her. Resolving to save her beloved and discover a way to break his curse, Feyre sets out into Faerie, where unknown challenges and dangers await, and where her love and strength will be tested in ways she never imagined.


A retelling of ”Beauty and the Beast,” “Tam-Lin,” and ”East of the Sun, West of the Moon,” A Court of Thorns and Roses tells the story of a young woman growing into herself, learning to love, and understanding the true nature of sacrifice.

Are you waiting on anything specific from this publisher?
Posted by Lauren @ Love is not a triangle at 6:46 AM