Every Word Blog Tour + Giveaway
On Location with Ellie Marney 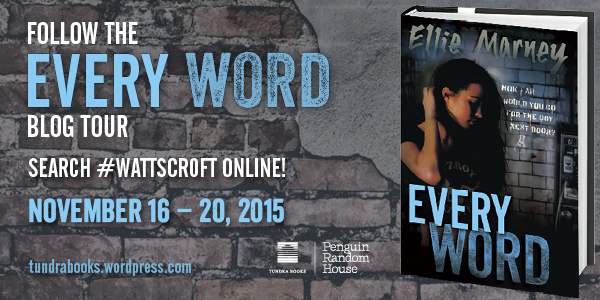 Every Word is the sequel to Every Breath, and where the first book took place in Australia, this time James Mycroft and Rachel Watts travel to England.

Last year, Author Ellie Marney did a virtual tour of the places in Melbourne featured in Every Breath, and this year I'm thrilled to have her back again sharing the locations Mycroft and Watts visit in Every Word.

This book is my most favorite of the series, and I'm so excited it's now published in the US and Canada! 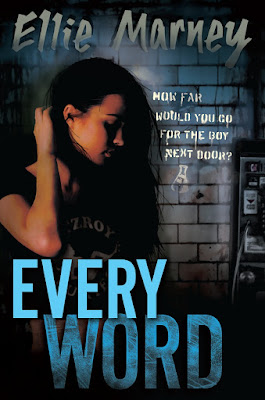 About the book: James Mycroft has just left for London to investigate a car accident similar to the one that killed his parents seven years ago...without saying goodbye to Rachel Watts, his 'partner in crime'.
Rachel is furious and worried about his strange behaviour - not that Mycroft's ever exactly normal, but London is the scene of so many of his nightmares. So Rachel jumps on a plane to follow him...and lands straight in a whole storm of trouble.
The theft of a copy of Shakespeare's First Folio, the possible murder of a rare books conservator, and the deaths of Mycroft's parents...Can Watts help Mycroft make sense of the three events - or will she lose him forever?
Sparks fly when Watts and Mycroft reunite in this second sophisticated thriller about the teen sleuthing duo.

On Location with Ellie Marney

Hi there! Welcome to the Every Word blog tour, and this special location visit to the places I went while researching the book. 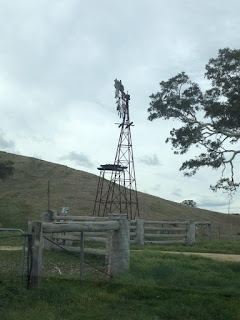 Now, most of you know I live in Australia, right?  I actually live in rural Oz, way down south, about two hours out of Melbourne (along some very dilapidated dirt roads, but whatever).  Well, about halfway through the writing of Every Word I realised that Google Earth was only going to take me so far when it came to researching the locations that Rachel Watts and James Mycroft visit in London.  Turns out ‘write what you know’ is actually the adage most applicable to writing location – who would’ve thunk it?

So there I was, agonising over some small location details one day, hunched over my laptop, when my husband leaned towards me (we work in the same back-room-shed office) and said ‘You know, you should probably go to London’.  And I was all, ‘Pshaw! Like that’s ever gonna happen!’ (cos yeah, we have a large brood of children and the idea of travelling overseas sounded akin to the idea of visiting the moon or something), but he was absolutely right.  And no sooner had I said the words, ‘Um, can we really do that?’, I realised that it was actually really important – I really did need to go to London, there was no getting around it.

So after that, Real Life started moving with tremendous speed – my sister-in-law and my brother and my dad offered to mind the fort, tickets were booked, bags were packed.  Before I knew it, I was on a plane to the UK.  It really did resemble the scene in Every Word where Rachel decides, on the spur of the moment, to join Mycroft overseas.  I was just as shell-shocked about the whole thing as she was.  I’d never been to the UK before.

Turns out, the UK is lovely!  London is spectacular, and I highly recommend putting ‘Visit London’ on your bucket list somewhere.  So here’s a few of the places I went and the stuff I saw, and if you peer closely, you’ll notice the bits in the book where all these photos are relevant.

Now on with the show!

“I call, looking out at the buses and black taxis puttering through the underground tunnel of Terminal Four.” 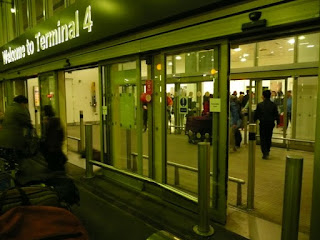 When you’re first evicted from your plane in London, you walk out of the giant Arrivals concourse into this rather dingy but very London-y tunnel.  From here you can either hail a taxi or get on a bus, or if you’re enterprising like Rachel and Mike’s girlfriend, Alicia, you can promptly walk back inside and head for the train station that is actually the easiest way to get into London proper.  The Underground rail in London is AMAZING.  It’s archaic and quaint and incredibly efficient, and not to be missed – go buy a blue Oyster card and ride the rails.

“This building looks more like something you’d see in a horror movie, with russet brick and white marble eaves and a gothic turret above the front door.  Even now, in the warm sunlight, it conforms more to the expected idea of a house of the dead: stone and stately and old.” 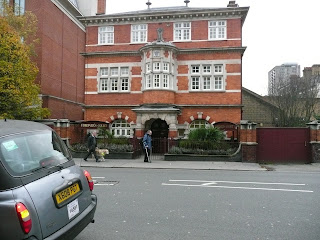 In point of fact (just like in the book) this is only the front façade of the Westminster Coroner’s Court – the morgue itself (which is the place where almost every dead body in the area eventually arrives) is around the back, near the taxi rank.

I was given special permission to visit the Mortuary, after writing a letter and delivering it (by hand) to the kind people who run the city council services here.  The folks who work at the Mortuary were incredibly generous of their time and gave me a thorough tour of the facility, including the Forensic Suite.  Those bits in the book describing the morgue – how it’s laid out, and the processes you go through while visiting – are all completely accurate.  And yes, it really does smell like that.

“Even if I failed to see the discrete 221B Baker Street above the door, I couldn’t miss the big honking green-and-black sign that says, The Sherlock Holmes Museum.” 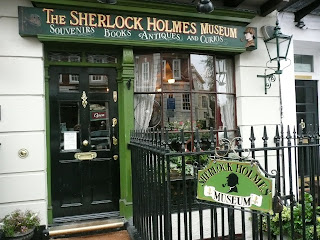 This is one of those quotidian things – a place that I not only had to visit while I was in London, but absolutely the most important place to write into the book.  It’s pretty much exactly as it is in Every Word, right down to the violin on the chair in Holmes’ and Watson’s living room, and the little 19th century chemistry set in the corner, and the waxworks upstairs really do give you the willies (that brief experience of being in the same room as Moriarty’s waxwork, and getting the heebs when it felt like his glass eyes were following me around the room, was enough to put me off visiting Madame Tussaud’s).

Just for the record, I bought one of those little Big Ben pencil sharpeners that Rachel mentions in the book.

“I’m almost expecting a moat and a fire-breathing dragon, but this is the Bodleian.” 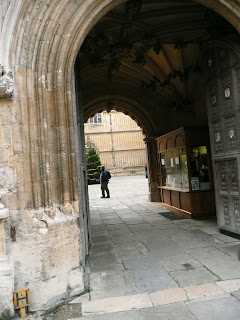 The Most Amazing Library in the World – where else would a writer end up?

I had to do a bit of legwork to get in here: I actually emailed the Head of Rare Books at the Bodleian to arrange an interview, and made sure all my Library Card paperwork was completed before I left Australia, because no card, no pretty books.  They actually make you swear an oath (‘I will not kindle, or allow to be kindled, any fire or flame within the library…’) before they give you a library card, and you have to swear the oath in your native language.

“In other words, I’m being held captive in a disused industrial lot, a place warehouses go to die, god-the-f***-knows-where in England…” 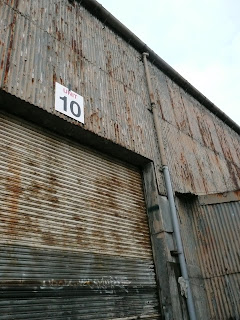 Oh, Rachel!  She has a hard time in Brentford.  Which is a shame, cos Brentford is actually rather pretty, and the people there are really nice.  I caught the train to Brentford (yay Oyster cards!), after researching it as a possible location, and finally found this fantastic place where all these trucks were coming in and out, right near the river.  I basically did a bit of gawking around, and took loads of photos, and when I poked my nose into this industrial lot with the trucks, a very agreeable man there gave me permission to come on-site and chatted to me about books and writing (we talked about Shantaram).  And the location was perfect!  Very atmospheric, with some seriously seedy-looking ancient buildings.  If I’d been trapped there at night I might have been freaked out, though, so I guess Rachel did it tough.

“Shakespeare’s First Folio is the first known collection of his plays in one volume.”

Okay guys, here’s the deal: nobody gets to see this book.  I mean, unless you’re a visiting Head of State or something, or maybe a tourist who (with the rest of the hundreds of people in line) walks past the glass cabinet where it’s occasionally displayed, with one page turned over every day to keep things interesting.

The Bodleian Library only has one copy.  The British Museum also has a copy.  There are fewer than 400 hundred copies of this book left in the world, and they are each worth millions.  The Bodleian’s copy is actually kept off-campus, in a special hermetically-sealed, environmentally-controlled room, and when the Queen or whoever wants to look at it, they courier it over in a special van.

So when I went to the Bodleian and interviewed the Head of Rare Books, I didn’t ask to see this book because I knew it was impossible.  I did ask to see some other books that were printed in the 17th century, which I thought might help give me a feel for the type of books produced back then.  I figured I’d look at these books, then look at pictures of the First Folio on the net and extrapolate. 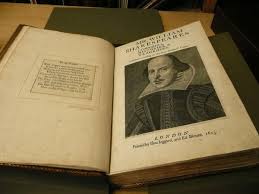 After I finished speaking to the lovely man (now retired) who oversees these things, he said, ‘Ideally you’d want to see the Folio,’ and I said, ‘Well, yes, but of course there’s no way I could ever –‘ and then he interrupted me and said, ‘Actually, the Korean Foreign Minister was here yesterday, and he had a viewing of the Folio and it’s still here in my office, would you like to see it?’

I swear I nearly fainted.

And he let me see it!  I got to look through it, touch it, take notes from it, photograph it…the pic here is actually one of the pics I took.  Then I basically hyperventilated, because seeing the original First Folio is like seeing God, if you’re a writer.  When I got out of there I was completely overwhelmed.  I couldn’t stop laughing and then I had to cover up my laughter with my hand cos people were looking at me funny.

But seriously – only a few dozen people in the world have had a first-hand viewing of Shakespeare’s First Folio, and I’m one of them.

Amazed doesn’t even begin to cover it. 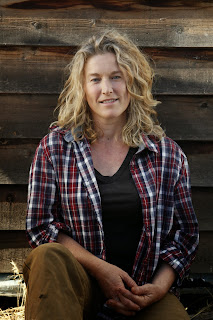 Ellie Marney was born in Brisbane, and has lived in Indonesia,Singapore and India. Now she writes, teaches, talks about kid’s literature at libraries and schools, and gardens when she can, while living in a country idyll (actually a very messy wooden house on ten acres with a dog and lots of chickens) near Castlemaine, in north-central Victoria. Her partner and four sons still love her, even though she often forgets things and lets the housework go.
Ellie’s short stories for adults have won awards and been published in various anthologies. Every Breath is her first novel for young adults.
Find Ellie: Website | Twitter | Goodreads | Facebook | Instagram | Pinterest
Hashtags:  #Wattscroft    #EveryWord 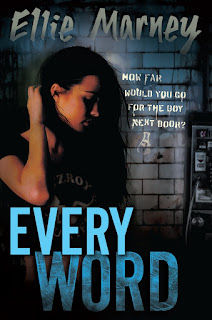 Win a finished copy of Every Word!