The Valiant by Lesley Livingston 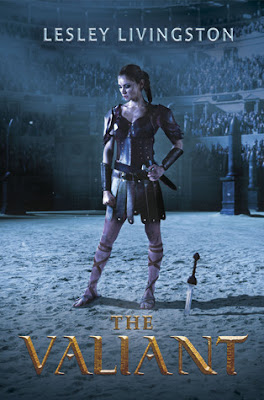 Book Description: Lost to history, the story of the female gladiator has never been told. Until now.Fallon is the daughter of a proud Celtic king and the younger sister of the legendary warrior Sorcha. When Fallon was just a child, Sorcha was killed while defending their home from the armies of Julius Caesar.On the eve of her seventeenth birthday, Fallon is excited to follow in her sister's footsteps and earn her place in her father's war band. She never gets the chance.Fallon is captured by ruthless brigands who sell her to an elite training school for female gladiators owned by none other than Julius Caesar himself. In a cruel twist of fate, the man who destroyed Fallon s family might be her only hope of survival. Now, Fallon must overcome vicious rivalries, deadly fights in and out of the arena, and perhaps the most dangerous threat of all: her irresistible feelings for Cai, a young Roman soldier and her sworn enemy.A richly imagined fantasy for fans of Sarah J. Maas and Cinda Williams Chima, "The Valiant" recounts Fallon s gripping journey from fierce Celtic princess to legendary gladiator and darling of the Roman empire."
__________________________________________________________________________

I love historical fiction and think the Roman world is fascinating. Throw in the little explored tradition of female gladiators (just look at that cover!!), and I was excited to start this.

Here's what I thought:

I loved the Roman setting (with a touch of fantasy). This story pulled me right into the ancient Roman world. I was fascinated by Fallon's journey from Britain all the way to the heart of the Republic. Although I cannot fathom life in the arena or even living in this society, I was completely enamored by the idea of lady gladiators. We also get cameos from a few well known characters from history, including Julius Caesar and his love Cleopatra. While the idea of slavery is deeply uncomfortable and all around horrifying, the Roman world thrived on it, and I appreciated that this book doesn't sugar coat that. I felt like I was learning just as much, and seeing the world expand through Fallon's eyes.

I found it easy to connect to Fallon, especially the difficult physical and emotional journey she goes through from a warrior princess, on the eve of coming of age and joining her father's war band, to the devastation of that night not going as planned, to being captured and taken in chains to Rome and sold to become a gladiator. I cannot imagine surviving it all as well as she does, but was right with her all along the way.

I wish -  It's thrilling to think of there actually being female gladiators, and I loved that aspect of this story. However, I expected there to be a little bit more camaraderie among them than there was. While I enjoyed the few friends Fallon makes, I expected a book featuring these badass lady fighters to have more intense female friendships. But though these women worked together, Fallon was on her own and more individualized than I thought she would be. There's also some mean girl action and rivalries, which makes sense in such a competitive group, though it wasn't my favorite part (I'm so over the mean girl trope).

I also wish some of the plot wasn't so predictable. In general, I don't mind when stories have predictable elements, so this wasn't a huge negative, but I wasn't surprised by many of the revelations in this story.

Finally, I wish I'd loved the romance more than I did. I was actually really nervous about it, since it's a Linear Love Progression - in that Fallon likes one boy in the beginning, though it's not long before ( she's captured and taken to Rome where she meets guy number two - aka the real love interest. I was less bothered by her earlier relationship with Mael than I thought I would be, but he's not in the book very long. It's also several months before Fallon meets Caius, so there's a passage of time between the two.

I was really excited about the idea of Fallon falling for a Roman Decurion soldier, because Cauis is basically everything she hates at first, and I'm a sucker for the hate to love romances. But there just wasn't enough of the hate/banter part of their relationship. They fell for each other more quickly than I wanted to see. I don't dislike this part of the story or the ship, I just wasn't as invested in it as I hoped I'd be. I'll still be very upset if any sort of love triangle interferes between them, however.

Although I liked so much of this story, this book covers a lot of ground, both in distance and time, as well as in emotional journeys, and yet it's less than 400 pages. I think the root of my issues are that with all the different elements going on in this story, something had to be left behind. Unfortunately, as a result, I don't think the romance was as strong as it could have been. Fallon and Cai don't spend nearly enough time together, and skip past the "hate" part of their feelings so fast that it's almost insta-love. While I like them as a pair, I wish the story had taken time to slow this part down so we could connect into it better. I don't think it's just their relationship that could have benefitted with more time. I would love to have seen more of Fallon's friendships and just get to explore Rome more in general.

Conclusion - Even though I talked more about the negative aspects of this story, I liked The Valiant a lot, and was hooked into the story all the way through. Thankfully, this story is part of a series. It ends in a solid way, although several elements are unresolved. I'm excited to see what happens next - baring any future love triangles.

Love Triangle Factor: None. But Linear Love
Cliffhanger Scale: Low. This ends on a solid note, although several things are unresolved still and there's definitely going to be a sequel. 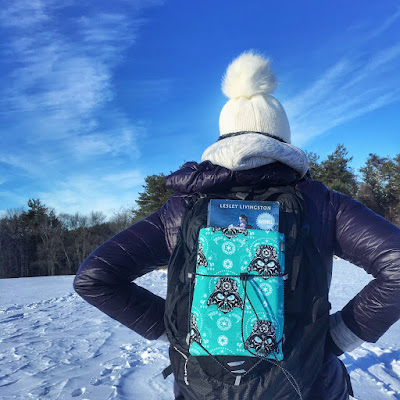 Out and about with The Valiant.
Snap is from my bookish Instagram feed @loveisnotatriangle

Don't miss my Massive Midwinter Giveaway -
Enter to win one of four boxes of books!