Last Thursday, was a good day for me. 1) I got to meet Maggie Stiefvater and discover that she's just as great a storyteller in person as she is in print. 2) I was able to visit the lovely Cambridge Public Library.

First the location. Below are a few photos of the newest construction of the Cambridge Public Library. It is filled with light and color - and books of course! I wish I'd been able to spend more time exploring the space itself, but I hope to go back someday soon for a visit. 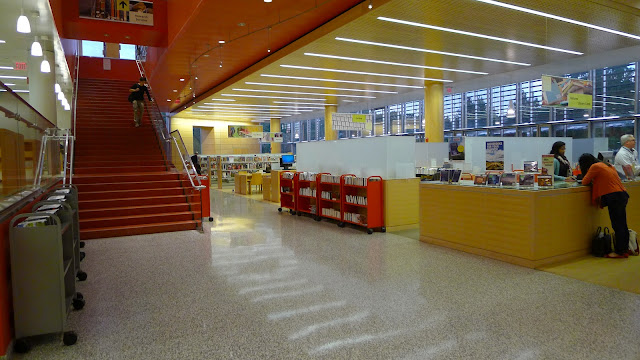 I didn't ask, but I'm assuming that the library has some pretty powerful UV protection in those windows, because books and extreme light are a bad combo. But it is a gorgeous space. 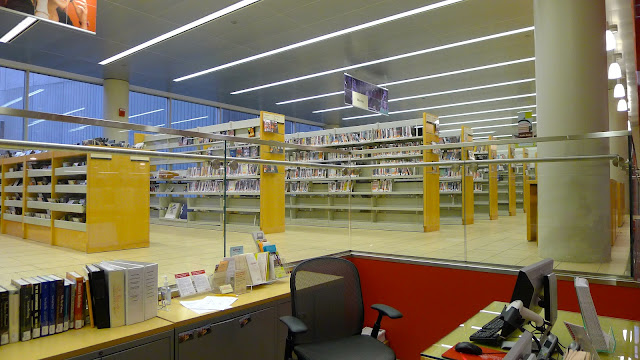 This is the media collection - movies and cd's. 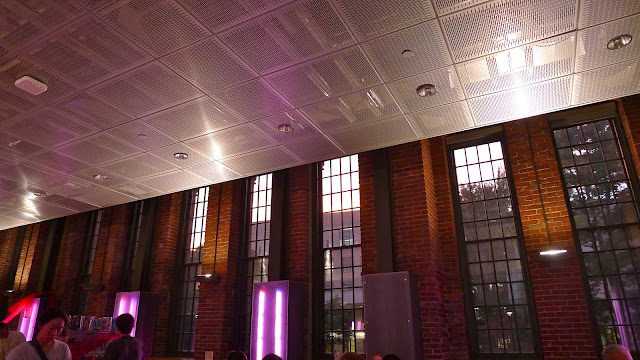 The Teen Room where Maggie Stiefvater held her talk. The library combines old and new construction, a feature that I LOVE, and this room is located in the older section. I didn't get any other pictures of this part of the library, but it just as beautiful. Also of note, those lights on the wall change color, so it was pretty much like we were in a club - with BOOKS! 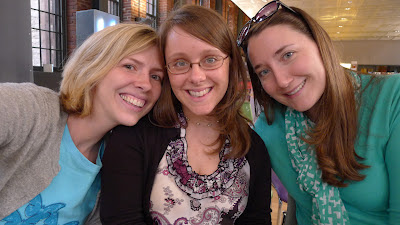 Here I am with my friends April and Jen, all Maggie Stiefvater fans. We got to the event early enough to sit in the front row. I felt like an overeager student. 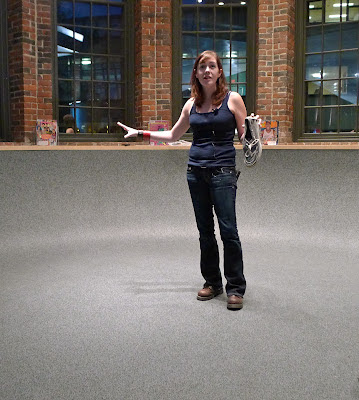 The author herself, holding one of Gansey's Topsiders, which are a copyrighted brand and must be capitalized. Here she was talking about all the little research details that go into writing a novel, as well as how she built her characters.

Some of the things Ms. Stiefvater talked about (I'm sure this isn't all new information): 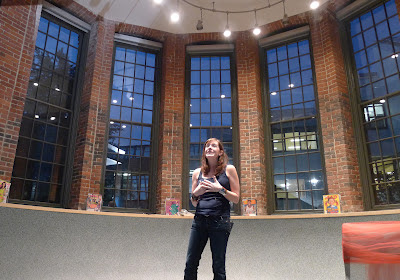 Ms. Steifvater excels at public speaking along with every thing else. She was both engaging and hilarious. It felt pretty magical to listen to her talk as the sky darkened and evening came. 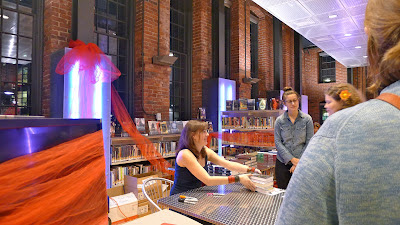 Ms. Stiefvater signed and drew pictures in everyone's books. I'm not sure what was up with the red tule, except to keep the visitors from picking up library books. But this is one well stocked teen room. They had at least 5 copies of The Diviners by Libba Bray sitting on the shelf, and the book has just been released (plus a bazillion of The Hunger Games). 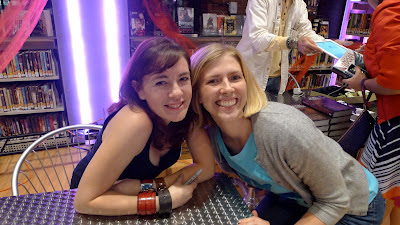 My most triumphant moment at the event came just before this picture was taken. After reading The Scorpio Races, my friend April and I were both convinced that two of the side characters in the story were having an affair, although there's nothing directly said about it. When we got to the signing table, we asked Ms. Stiefvater whether we were right, and she told us that YES it had been part of the plot but her publisher made her take it out. However, there are still some clues about that plot-line in the book. I LOVE getting little details like that from authors. (Can YOU guess what characters I'm talking about?)

For my glowing review of The Raven Boys, go HERE.

Thanks to Maggie Stiefvater and the Cambridge Public Library for a wonderful evening!