Quintana of Charyn: US Cover Reveal

I'm very excited that my first cover reveal is the third book in a series that I adore. I will say it twice in this post: If you have yet to read the Lumatere Chronicles by Melina Marchetta - starting with Finnikin of the Rock - you need to fix that ASAP! 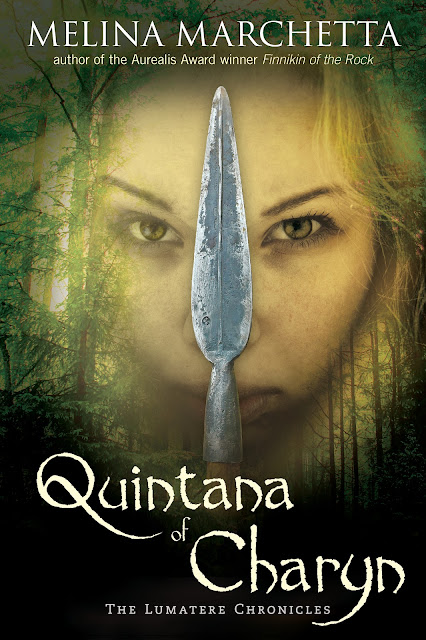 Synopsis: (Skip this part if you haven't read the other two books in the series)

Separated from the girl he loves and has sworn to protect, Froi and his companions travel through Charyn searching for Quintana and building an army that will secure her unborn child’s right to rule. While in the valley between two kingdoms, Quintana of Charyn and Isaboe of Lumatere come face-to-face in a showdown that will result in heartbreak for one and power for the other. The complex tangle of bloodlines, politics, and love introduced in Finnikin of the Rock and Froi of the Exiles coalesce into an engrossing climax in this final volume."

Read the prologue of Quintana of Charyn on Melina Marchetta's website.

See the beautiful review written in verse by Jo at Weartheoldcoat. 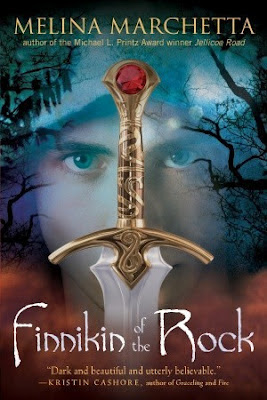 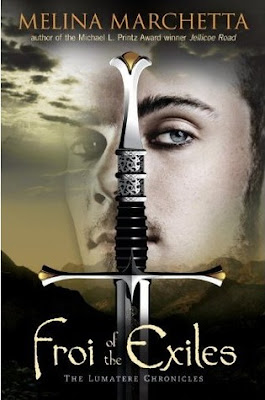 I really like that the cover of Quintana of Charyn matches the other two US book versions in the Lumatere Chronicles - Finnikin of the Rock and Froi of the Exiles. Also, each weapon is a great reflection of the person holding it, especially Quintana's, because she's a fair bit more savage than Finnikin and Froi (actually I would never use that word to describe Finnikin). Quintana's expression also does a great job at capturing who she is. In that picture, I think she's saying, "If you mess with me and mine, I will cut your heart out." I wouldn't want to get in her way.

If you haven't read these books yet, you need to pick them up NOW!