Top Ten Books To Get In The Halloween Spirit 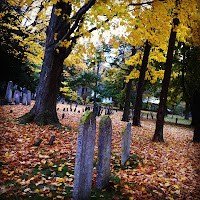 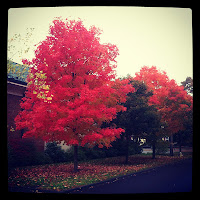 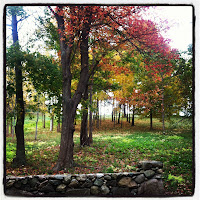 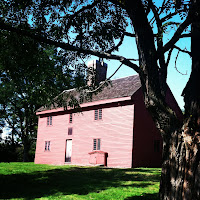 Top Ten Books to Get in the Halloween Spirit:

Halloween makes me think three things and they all start with the letter C - Creepy, Costumes and Candy. Don't you just love the alliteration!

Creepy Books - To get yourself in the Halloween mood.

1) The Name of the Star by Maureen Johnson - A killer is on the loose in modern day London and he's recreating Jack the Ripper's murders. Also, the heroine of this ghost story is a southern US transplant named Rory and it's amusing to watch her try to fit into her British boarding school. I like when horror is mixed with humor, and this has a great combination of both.

2) Rebecca by Daphne Du Marier - Rebecca is a ghost story, that is not. Where the character the book is named after is already dead when the book begins. But beautiful Rebecca is still exerting her control over the new Mrs. de Winters in this gothic masterpiece. Lots of creepy suspense and an underlying similarity to Jane Eyre - though it's not a retelling. Alfred Hitchcock even made it into a movie. Do yourself a favor, and read this book!

3) The Crucible by Arthur Miller - I live next door to Salem, MA (my town was once Old Salem Village - where the witch trials actually took place). Salem has dubbed itself the epicenter of all things Halloween, and hordes of people come to enjoy its festivities every year. Of course I can't think of the holiday without thinking about the witch trials. And nothing says horror like people being wrongfully accused and hanged for simply being called a 'witch.'

4) The Unbecoming of Mara Dyer by Michelle Hodkin - I think what is most creepy about this book is that it is hard to tell what exactly is going on through most of the story. Is it all in Mara's head? Is this a paranormal book? Also, the sequel comes out TODAY.

5) Anna Dressed in Blood & Girl of Nightmares by Kendare Blake - I have a feeling these ghost stories are going to end up on a lot of people's list. There are some very frightening scenes in here. There is also a fantastic male MC named Cas who is not to be missed.

Costumes - Don't leave home without one.

6) Slammed by Colleen Hoover - Okay I know you're thinking that this book has absolutely nothing to do with Halloween. Well you're wrong, because there's a pretty amazing Halloween costume that is created and worn by two of the characters in Slammed, and it is one of my favorite parts of the story. However, this book is pretty emotional in places. While I seriously cannot recommend the story enough, it's possible that it will bring out the wrong emotion for Halloween.

7) Lola and the Boy Next Door by Stephanie Perkins - Lola is a budding designer and creates a new look with a matching wig every day. She also designs a pretty magnificent Marie Antoinette costume for a school dance. Plus there's Cricket Bell. If you are looking to be inspired creatively for Halloween, this is the book for you.

8) Harry Potter series by JK Rowling - No one should worry about what to be for Halloween with Harry Potter around. A perfect blend of witches, fantasy and pop-culture. You can't go wrong as a Gryffindore, Slytherin, Ravenclaw or Hufflepuff. This series also has a lovely fall feel to it. Okay, who am I kidding, it has an every season feel to it.


Candy - Because everyone answers "treat" when you ask Trick or Treat.

9) Dress Your Family in Corduroy and Denim by David Sedaris - Really I just mean one essay in this book, which involves Halloween candy. I remember laughing out loud - and feeling ill when I read it (David Sedaris is good at that type of humor).

10) Charlie and the Chocolate Factory by Roald Dahl - Nobody does the excesses of candy quite like Roald Dahl. But it's not all fun and sweets. Like all Dahl's books, Charlie straddles the line between childhood dream and nightmare, giving it an underlying creepiness, that is appealing to both children and adults alike.

Enter my SPOOKTACULAR Giveaway for a chance to win one of these or another Halloween inspired book of your choice. (US only)
CLICK HERE TO ENTER 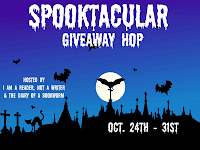 The four photographs at the top of the post were all taken recently with instagram. The house on the bottom right is The Rebecca Nurse Homestead. She was hanged as a witch at age 71 on July 19, 1692.