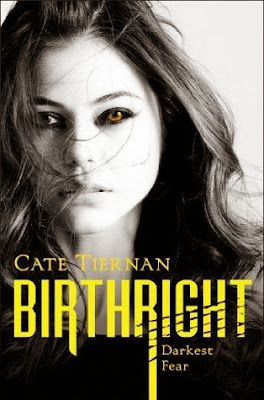 Vivi’s animal instincts are her legacy—and maybe her downfall—in this start to a romantic fantasy series that will appeal to fans of The Nine Lives of Chloe King.
Vivi has known the truth about her family—and herself—since she was thirteen. But that doesn’t mean she’s accepted it. Being Haguari isn’t something she feels she’ll ever accept. How can she feel like anything but a freak knowing that it’s in her genes to turn into a jaguar?
Now eighteen, Vivi’s ready to break away from the traditions of her heritage. But all of that changes with the shocking, devastating deaths of her parents and the mysteries left behind. Vivi discovers family she never even knew she had, and a life open with possibility. New friends, new loyalties, and even romance all lay ahead—but so do dangers unlike anything Vivi ever could have imagined.
________________________________________________________________________

Set-up
Vivi's parents told her the big family secret when she turned thirteen: she's descended from a long line of shape shifters called Haguari and can turn into a Jaguar. Instead of being thrilled about this news, Vivi was horrified, and has rejected everything about that nature since the day she found out about it. Why can't she just be normal? But when a tragedy strikes her family, Vivi is forced to confront who she is and reexamine everything she's denied about herself.

Thoughts
I became a huge Cate Tiernan fan this summer, after I read and adored her Immortal Beloved series. They feature a heroine whom I fell for from the first page, even though she was extremely unlikable. I also enjoyed that it presented an unique take on immortality and the Paranormal Romance genre. Of course, I was hoping for a repeat of that in Darkest Fear. Unfortunately, though I picked up flavors of why I love Tiernan's writing, as a whole this book didn't work for me.

Darkest Fear begins as a typical PNR in many ways. A tragedy leaves Vivi isolated and alone, without her family support. She has a secret she can't tell anyone, and feels lost and alone, especially because she all of a sudden has a lot of questions about her family and can't access them - or so she says. Because Vivi has always refused to discover more about her nature, she's lacking vital information about herself and her people. But instead of asking an extended family member questions, she chooses to do everything on her own. I got increasingly annoyed with Vivi for this. I just didn't buy Vivi's excuses for why asking her aunt questions, even really general ones, was a bad idea.

Throughout this entire story, Vivi would make a tiny bit of progress in coming to terms with her Haguari nature, but then she'd backtrack again. This lead to long inner monologues where she'd struggle and beat herself up about how she felt. While I think Vivi's feelings and concerns were valid (for a time), they dragged on to long. Even after she joins a community of people of her kind, it still takes her forever to come to terms with who she is and that wore on me so much. I got to the point where I  didn't understand her perspective anymore and got so fed up with her stubbornness, that I could no longer sympathize with her.

Part of the reason I struggled to understand Vivi, is because I was ready to embrace her animal nature early in the book. In fact, one of my favorite aspects of Darkest Fear was whenever Vivi was a Jaguar. I enjoyed how her perspective changed in that form, and also how her human and animal natures came together. I wanted her to explore the bounds of her ability. Although I'm assuming this will come with time, it is probably one reason why I struggled so much with Vivi's rejection of it. It was difficult for me to handle her very slow growth and path to self awareness. By the end of the book she's really getting there, but I'm worried she'll just backtrack again. While there is an overarching mystery that comes out, it is only focused on briefly in spurts, and the rest of the story is about Vivi's daily struggle to come to terms with herself. At the end of the story there is finally some action and forward direction, but all of a sudden everything ends, right in the middle of the (finally) exciting momentum.

Despite all my negative feelings about this book, I did manage to find elements that I liked. Vivi graduates from high school at the very beginning of the story and I like that Darkest Fear has more of a New Adult, discovering your path, type feel to it, than navigating high school. This book features a mix of cultures, races, genders in a community living situation, which I enjoyed (this is also classic Tiernan). I love the house where Vivi lives in New Orleans and especially her cousin Mateo and his girlfriend Aly. Darkest Fear has some fantastic high stress, action sequences in it, all involving jaguars. It also features a few moments of nice romantic tension and swoon, but unfortunately those sections of the plot were only bright bursts in an overall slow moving story. Even though I have a few theories about Vivi's love interest by the end, we still know next to nothing about him, which was quite frustrating. Yes, despite my better judgment, I am apparently still drawn to these mysterious boys.

Even though this review is mostly negative, I'm still curious about the next book in the series. Or at least, I am still a big fan of Cate Tiernan and hope that this story gets exponentially stronger in book two. I'm crossing my fingers, but not holding my breath.

Love Triangle Factor: None
Cliffhanger Scale: Medium - no immediate danger, but story felt unfinished. However, I was anticipating this, as it's standard Tiernan.