I've become a love triangle detecting fanatic. I don't want to start any book or series without knowing what I'm going to be facing. If I discover a love triangle is coming, I will skip the book entirely, or wait until I know more about sequels before committing. I've been burned in the past, and I don't need that emotional turmoil in my life anymore. We all have things that bug us in books, and I have fully embraced mine!

However, detecting oncoming love triangles is not as easy as I wish it were. Never mind the fact that everyone seems to have a different opinion on what constitutes a triangle. When I'm facing first book in a new series, one of the hardest problems for me is the fact that it's usually impossible to tell if a love triangle will be coming in later books. Even when the first book seems totally fine, you never know. Even when book one and two seem totally fine, sometime with no warning situations that I consider triangle-ish pop up in book three. NOTHING IS SAFE.

Still, I think books with love triangles often follow a pattern, and I've devised a Love Triangle Red Flag Warning Scale specifically for series books. The more of these points your book has, the more likely it is that a full blown love triangle is going to pop up in the next installment.

1) Has a second unattached attractive male popped up in the story?

2) Does this other person seem just as obsessed with the heroine as the first love interest?

3) Is the second unattached male the antithesis/enemy/opposite of the main love interest?

4) Is the first love interest pushing away the heroine for “noble” purposes?

5) Or are the MC and her first love choice unable to be together for some - usually supernatural - reason?

6) Is the plot of the book forcing the heroine to spend a lot of one on one time with this second male person? Often this happens in book two, so watch out if the end of book one sets up this situation.

7) Has it been revealed that the heroine and guy number two are exclusively and irrevocably linked in some way that excludes guy one - especially if #5 is true too? (They’re the same species. He’s the only person who can touch her without consequences. They are legally bound to spend time together, etc.)

Completed Series with High ratings
(there are many more)

Only one of these above didn't really become a triangle

BONUS. Stay vigilant! These situations don't seem like they'd become love triangles, but they're actually prime staging grounds for one to come.

8) Has the first-in-a-series-book ended with the heroine indifferent to guy number two's advances? Does she seems content with her first love interest? This could be setting up the tension between the MC and the other guy for book two. Especially if several of the above list of factors are involved.

9) Has the first love interest “died” or gone missing? He could be back, especially if you haven’t seen a body. In the meantime, it’s the perfect opportunity for another person to steal the MC’s heart.


10) Is the heroine already in love with (or even engaged to) a childhood friend when the book begins? Likely a second choice is coming.

Will this new series become a love triangle?
It got a lot of points on the Scale! 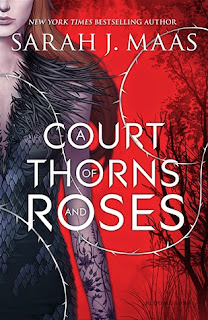 NOTE: I hadn't even thought of organizing a list of Love Triangle Red Flags until Jen asked me about doing a double post on the topic. When I started thinking about them, I realized how much sameness there is in the setup of love triangle books. Thank you, Jen for the idea and inspiration!

Tell me your thoughts! Any other warnings you can think to add to this scale?
Is anyone else seeing this pattern?