Dual Review: The Book of Ivy and The Revolution of Ivy by Amy Engel 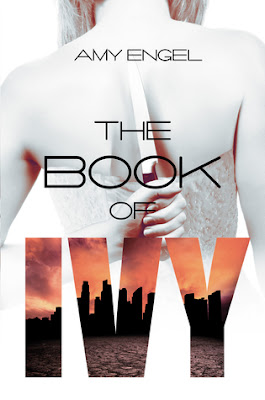 The Book of Ivy
by Amy Engel

The Book of Ivy takes place in a future version of the United States after a war has destroyed most of the country. A group of survivors - led by two different families - came together fifty years ago to create the town of Westfall. After an initial conflict between those two families over who would govern, the town has existed peacefully since that time. But that peace and security comes with heavy control, including the rule that the daughters of the losing side would be married to the sons of the wining group in a yearly ritual. This year, Ivy Westfall, a direct descendent of the losing side, is to marry Bishop Latimer, the son of the town's president. Ivy has a mission to fulfill when she marries Bishop: kill him and begin a conflict that will put her family back in power in the town. However, as soon as Ivy meets Bishop she realizes that he isn't anything that she imagined, and her task doesn't look so simple anymore.

Thank goodness I waited to read this until book 2 had released. I don't think I could have survived a longer wait. I totally get all the love for Bishop now! Actually, I related to Ivy a lot as well, more than I expected to. I like that she's impulsive and straightforward. And though it takes her time to get her head on straight (and I wanted to yell at her a few times!), I was proud of her in the end. And this story had such a lovely slow burn romance and lots of swoon, which was all so well done. I wish we'd gotten more of and overall look at this world, as well as a stronger look at why things needed to change in Westfall. Obviously there are some glaring women's right's issues in this town, but I wanted more urgency felt to them. I mean if the world was almost destroyed from nuclear wars, these people are holding it together pretty well considering. Although we're told of its merits, I was never on board with Ivy's dad's plans. I think a lot of that is because I didn't like him (or Callie) at all. We don't spend much time with them and what we did see was not favorable. Though I'm all about democracy, and agree there are some huge issues in their current society, I couldn't connect with Ivy's belief in her dad's cause. Nor did I believe he'd be a better leader considering his current decisions. I feel awful for admitting this, but I liked Bishop's dad better of the two, despite disagreeing with many aspects of how he ran the government.I'm excited to see how book two builds on this all going forward, especially and hopefully the swoon ;). Love Triangle Factor: NoneCliffhanger scale: High 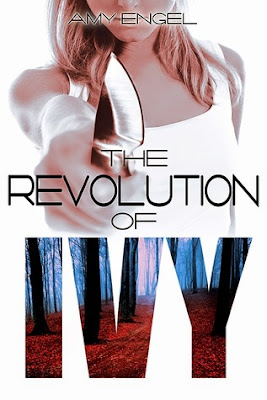 Surprisingly (for me), I didn't enjoy this book quite as much as the first one, although there are certain aspects - like Bishop - that were amazing.  Although not delineated on the page, in my head The Revolution of Ivy is set up in three parts 1) survival 2) 'i'm not worthy' aka relationship angst and 3) revolution. I was really proud of Ivy through the first section. I was very frustrated with her through most of the second, but she brought it around in eventually. And I didn't understand several of her choices in the third, though I admired her drive and convictions. Ivy doesn't really understand love, and though it was hard for me to go through that struggle with her, in the end It was rewarding to watch her discover what love is and accept it. This happens mostly because of Bishop's presence in her life. I loved Bishop in every part of this book. He is pretty much a picture of unconditional love. Endlessly patient and willing to follow Ivy anywhere, even when her decisions don't make sense (to anyone but her). I'm still sighing and swooning over him.Here's the thing, though. In this book we get to be on the outside of the gate, and I enjoyed seeing what was out there, meeting Ash and Caleb and focusing on Ivy and her growth. But at the same time, for most of the book, we are completely separated from what is happening in Westfall. Honestly, I don't even really remember what Ivy's dad's vision was - she keeps saying he had great ideas, but what were they exactly? - and I don't have a firm understanding of Latimer's ruling strategy either? It made it tough for me to follow along with Ivy's plans near the end, because I honestly didn't care about those people or connect to them. Basically the plot outside of Ivy's growth, her new friends and relationship with Bishop, felt weak to me.
This is something seemingly small that bugged me a lot: in The Book of Ivy, Ivy goes on about how she's not ready for marriage or babies yet, and part of the catalyst for the overall plot is how terrible it is that this society forces girls like her into those two things so young. And yet, in this book, Ivy and Bishop decide to have sex, but there is absolutely zero discussion of contraception - I got the sense that it doesn't exist in this world? - nor is there any mention of consequences or outcomes of unprotected sex, beyond the fun part of it. The probability of a pregnancy is never factored into why Ivy wanted to wait previously, or anything to do with her being ready now. Especially in a dystopian society where people are mostly using products left over from the past, without manufacturing new ones, I feel like the possibility of pregnancy should have been a part of their discussion, or some sort of preventive measure mentioned. It was a glaring plot hole to me that this wasn't brought up at all.

In sum: The outside plot/world building elements were not as complex as I'd hoped, but the romance continued to shine, and Bishop is the true star of this book. It was also nice to be able to read this duet back to back and go right through the cliffhanger. I haven't been able to do that in a while. Overall I'd recommend these, but if you choose to read this series, be looking for the characters and romance more than a big dystopian or post apocalyptic plot thread. Love Triangle Factor: NoneCliffhanger Scale: Series end