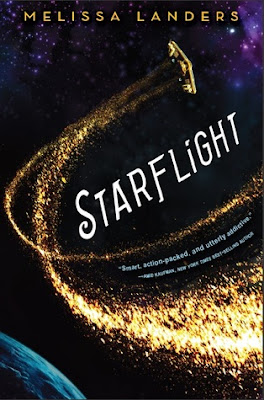 Book Description: Life in the outer realm is a lawless, dirty, hard existence, and Solara Brooks is hungry for it. Just out of the orphanage, she needs a fresh start in a place where nobody cares about the engine grease beneath her fingernails or the felony tattoos across her knuckles. She's so desperate to reach the realm that she's willing to indenture herself to Doran Spaulding, the rich and popular quarterback who made her life miserable all through high school, in exchange for passage aboard the spaceliner Zenith.When a twist of fate lands them instead on the Banshee, a vessel of dubious repute, Doran learns he's been framed on Earth for conspiracy. As he pursues a set of mysterious coordinates rumored to hold the key to clearing his name, he and Solara must get past their enmity to work together and evade those out for their arrest. Life on the Banshee may be tumultuous, but as Solara and Doran are forced to question everything they once believed about their world--and each other--the ship becomes home, and the eccentric crew family. But what Solara and Doran discover on the mysterious Planet X has the power to not only alter their lives, but the existence of everyone in the universe...
__________________________________________________________________________

I feel terrible for being so in the middle of the road about this book (and rating it only 3 stars on Goodreads), because it is a great story. The setting and space travel is exciting, the heroine is fierce with her Cinder inspired mechanical skills, and determination to make something of herself, and the story is engaging and surprising. There's even space pirates!

The problem I had with Starflight is my own ability to hold a long grudge, and inability to forgive. I just could not get over how Doran treated Solara all through school and then for the first portion of the book. He tormented her for YEARS when they were in school together, and once the book begins he treats her like a slave when he hires her in exchange for passage on his ship. At one point Solara remarks that Doran treats his girlfriend's dog better than he treats her, and that's not at all an exaggeration. At all. Although Doran does make a huge character change as the story progresses, I just didn't get enough remorse from him.  I needed to see a lot more groveling.

I admire this book for going big and creating a truly unlikable hero at first (usually, even if one character is supposed to be "unlikable," I can see redeemable qualities. But I LOATHED Doran in the beginning of this story.). The problem is that I just could not ever get over what he did, or to the point where I could ship him with Solara. I was too angry at him! I think most people will love this and be fine - I've seen several glowing reviews from people who were able to get past the start of this book. Sadly, I could not. I am such an emotional reader, and my inability to make a connection with the romance definitely downgraded this entire story for me.

Starflight is the first in a companion series, and I'm intrigued by the look we got at the characters I believe will star in the next book. I'm definitely interested in what happens going forward, but unfortunately, I wasn't able to love this particular installment.

Love Triangle Factor: None. (Doran does have a girlfriend at the start of the book, and though I hated that part, she doesn't play a role for long. And she's horrible.)
Cliffhanger Scale: Companion series. This book wraps, but it's clear there's at least one more story to come, featuring two characters that are introduced in Starflight. I'm excited to hear from their perspectives.