One of the first bookish terms I learned when I started blogging, was DNF, which quickly figured out meant Did Not Finish (a book. Runners also use the term for races.) You can even add suffixes and say "I'm DNFing this story," even though it doesn't work out very well grammatically. Although I quickly deciphered the term, The DNF remained an illusive and mysterious entity, because of my complete inability to accomplish it. 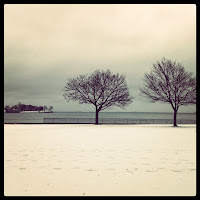 I've talked about this before, but I have trouble putting down a book once I've started it, even when I'm not liking it. I'm still curious about what happens, I feel obligated to finish the story, or I'm desperately hoping that if I keep going, the book will get better. It usually doesn't. I've felt like I'm giving up on something if I don't finish, even while I've envied the people who could quickly determine whether a book was for them, and put it down with ease if it wasn't.

As a blogger and book lover, I read a lot. Many of the books I read are ARCs (Advanced Reader Copies. That's another term I learned) that publishers are asking me to promote. I want to give their story a fair shot, but as a very moody and frankly selfish reader, I don't want to spend my time on a story that just isn't going anywhere for me. It's taken me some time to balance those thoughts in my head, but near the end of this year I finally started letting books go and successfully DNFed four of them. 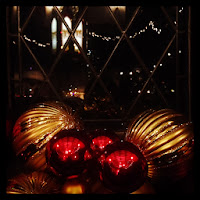 I think my increasing pile of review books had something to do with my new found DNFing Superpower. I've been feeling a bit overwhelmed with all of them, but have wanted to at least give them a chance. I've also figured out how to trick myself into a DNF pretty successfully. What I'll do is put a book "on hold" for a week or more if I'm not that into it, and if I feel zero interest in picking it back up again after that time, I'll throw it into the DNF pile. Maybe I'll pick one of those books up again if something changes, but probably not.

You know what? Instead of being stressful, it's actually a freeing feeling to let a book go that I'm not enjoying. I don't rate them on Goodreads, because I haven't read them in full, but I have tried to write why I've stopped reading them in an honest but constructive way. I mean, a publisher's sole marketing doesn't rest on my shoulders, and if I don't like a book and DNF because of that, someone better suited to the story will finish and gush about it.

Now I want to hear from you!

What are your own experiences with The DNF?

Are you easily able to determine if a book isn't for you
or do you always keep reading until the end?

If you're a DNFer, do you try to read to a certain point in the story before deciding to let it go? 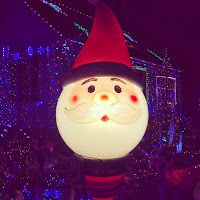 P.S. I hope everyone is having a lovely holiday season! I'll be spending time with family over the next two weeks and reading a lot of course, but I'll be slowing down on blogging. I plan to still post but probably less frequently. I'll be back for sure in the New Year.

Also, as usual, I'm not good at adding relevant gifs to a post so I've included some of my recent instagrams that have zero to do with this topic. Enjoy!
Posted by Lauren @ Love is not a triangle at 12:00 AM