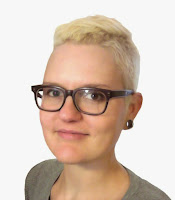 RAFAEL/JORGE:  Hi, Eleanor. It's very nice of you to answer our questions.  Thanks! And great to cyber-meet you.

ELEANOR DAVIS: So nice to be asked!! And so nice to meet you, Jorge & Rafael!

QUESTION (FROM RAFAEL):  I’m in awe of your illustration work, there’s such a strong sense of design and color-it’s amazing how you’ve managed to translate all that into your comic work. Does it take a lot of work for you, or does it come naturally?

ELEANOR DAVIS: Thank you so much! I'm so glad you like my stuff, especially in my comics. Are you asking if my design & color take a lot of work, or if translating that aesthetic into comics is a lot of work? Either way, the answer is yes!! But I was a cartoonist before I was an illustrator, so comics comes a lot more naturally to me - even though it tends to be much more difficult. The challenge with making comics that you'd also like to be visually beautiful is that you can't let the art overwhelm the story - the story is always the most important thing, and the art is just there to further it. That can be hard for a lot of illustrator/cartoonists, I think!

QUESTION:  There’s such a huge difference in style and story between “Secret Science Alliance” and “How to Be Happy” - do they occupy different parts of your creative brain?  Are you able to work on both types of stories at the same time, or do you have to be in that space as you create the work?

ELEANOR DAVIS: Well, Secret Science Alliance was published in 2009 & I pitched it way before that - in 2005, I think. The way SSA is drawn was my regular style back then. By the time it was picked up by Bloomsbury in 2007, my style had already shifted to be very different, like my stories Seven Sacks & Stick and String. So drawing SSA was very challenging because it was sort of going backwards in time!

In contrast, my husband Drew & I just finished another kid's book for TOON called Flop to the Top & it's in a much more illustrative style that fits in more with my adult work, I think. I don't feel so much like Doctor Jekyll and Mister Hyde anymore! 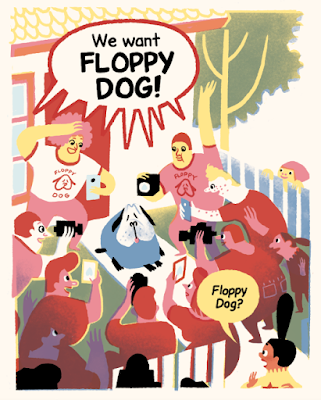 As for the storytelling, it can be very hard for me to switch back and forth between projects, any projects. That's something I really struggle with!

QUESTION:  Can you name some of your artistic influences/inspirations? How about favorite comics?

ELEANOR DAVIS: Artistic inspirations include Tove Jansson, Lyonel Feininger, John Porcellino, Joann Sfar and so many more people - also my best friend Katherine Guillen, who I've been making comics with since we were in high school, and my husband Drew Weing.

Favorite comics include the Dungeon books, Nausicaa of the Valley of the Wind by Hayao Miyazaki, This One Summer by Mariko & Jiilian Tamaki, The Innocents by Gipi, anything by Lisa Hanawalt, Nonnonba by Shigeru Mizuki, Gokinjo no Monogatari by Yazawa Ai, anything by Joann Sfar, anything by Vanessa Davis, anything by Kate Beaton, etc etc etc.

QUESTION:  What are you working on next? any more Secret Science Alliance or Toon Books?

ELEANOR DAVIS: I'm always working on 2 million things! There won't be an SSA sequel, but Drew and I just finished our new TOON book Flop to the Top & that will be released in September. I'm also very slowly working on a YA historical murder mystery with my mom, Ann Davis! Who knows when that will be out, but I'm excited about getting back to it as soon as I can.

QUESTION:  What's on your nightstand?

ELEANOR DAVIS: Right now, Sibley's Guide to Trees, a book on bicycle riding, To the Lighthouse, Leaves of Grass, and Anouk Ricard's Anna and Froga. <3 u="">


Thanks so much for the lovely questions!!! I'm excited to be part of this project.

This tour was developed in association with the Children’s Book Council/Every Child a Reader and the Comic Book Legal Defense Fund (and their exciting new partnership for Children’s Book Week in May).