Blog Tour: The Idea of You by Robinne Lee
Excerpt 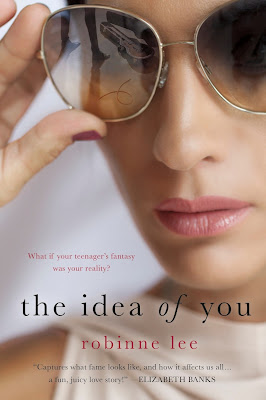 Book Description: When Solène Marchand, the thirty-nine-year-old owner of a prestigious art gallery in Los Angeles, takes her daughter, Isabelle, to meet her favorite boy band, she does so reluctantly and at her ex-husband’s request. The last thing she expects is to make a connection with one of the members of the world-famous August Moon. But Hayes Campbell is clever, winning, confident, and posh, and the attraction is immediate. That he is all of twenty years old further complicates things.What begins as a series of clandestine trysts quickly evolves into a passionate relationship. It is a journey that spans continents as Solène and Hayes navigate each other’s disparate worlds: from stadium tours to international art fairs to secluded hideaways. And for Solène, it is as much a reclaiming of self, as it is a rediscovery of happiness and love. When their romance becomes a viral sensation, and both she and her daughter become the target of rabid fans and an insatiable media, Solène must face how her new status has impacted not only her life, but the lives of those closest to her.

Robinne Lee was born and raised in Westchester County, New York and currently lives in Los Angeles with her husband and two children. She has numerous acting credits in both television and film, most notably opposite Will Smith in both Hitch and Seven Pounds, Don Cheadle in Hotel for Dogs, and Jennifer Garner in 13 Going on 30. Her most recent role was Christian Grey’s trusted COO, Ros Bailey in Fifty Shades Darker and in next year’s Fifty Shades Freed. An inactive member of the New York Bar, Robinne has served as a producer on various independent films and regularly speaks on panels regarding the roles of women and actors of color in the industry.