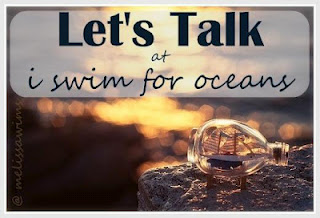 Let's Talk is a weekly meme hosted by Melissa at i swim for oceans
(Hi, Melissa! I'm excited to be joining. Thanks for inviting me, Asheley!)

What are your top three favorite book series and why?

I had a hard time answering this question, because I find it difficult to pick "favorites." Also, series are BIG in YA and I am in the middle of over 25 of them. It's a bit of a challenge to keep them all straight. I wanted to pick series that were not everyone's favorite (aka HP or THG - I love them both too!), and not include ones that I have yet to read in their entirety. I tried to stick with the first point, but gave up on the second. I picked two series that I have yet to finish (because the books aren't out), but I LOVE the first two books in each series and am confident that I'll feel the same about the third when it comes out.

Regarding series. Sometimes I find I feel differently about individual books than I do about them together as a whole. Because often, when I see the progression of characters over a period of time, I end up loving them more (and sometimes less). It's like the saying the whole is greater than the sum of its parts - does that make any sense at all? Anyway, on to my first Let's Talk Friday. 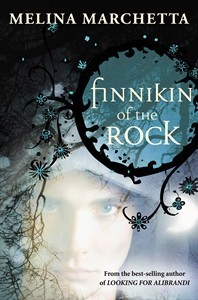 1. Lumatere Chronicles by Melina Marchetta
Finnikin of the Rock, Froi of the Exiles, Quintana of Charyn (coming to the US March 2013)

Melina Marchetta has demonstrated again and again that she can write ANYTHING and it will be AMAZING. The Lumatere Chronicles proves that her fantasy is just as good as her contemporary. I want to eat her words with a spoon. There is a real beauty and movement to the way she writes, giving it a poetic feel that works marvelously in fantasy.

Even though none of her books are easy - her characters tend to endure a lot of darkness and pain -  such bright light and beauty shines. Her masterful writing is such that each word-line-paragraph-chapter is important (and meaningful) to the story - I could read them again and again and never get tired of her words. She is one of the best authors that I have read who exhibits the method of showing and not telling in her writing, and it brings a depth to her books that I rarely find anywhere else. I am also constantly blown away by her characterization. The second book in the Chronicles is called Froi of the Exiles, and it is worth it to read this series just to find out where she brings Froi from when we first meet him in Finnikin to the end of the book that bears his name. 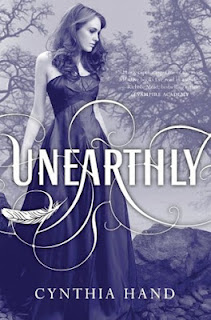 You guys aren't going to believe this, but I'm gong to highlight a series with a serious LOVE TRIANGLE. But I love these books so. And even after two novels, I'm not sure who the heroine Clara will pick. Both guys are GREAT, but different. I do have a favorite though. However, this series is so much more than a love triangle. It is about a girl who is part angel. But though she does move to a new school at the beginning of the first book, the series is different than the standard YA paranormal romance. First, Clara knows she's part angel, so we are saved the long period where the character has to figure out what it is that's Different about them. She also knows that she was put on the earth to fulfill a purpose, and that purpose is what takes her across the country. And bonus! she has a good relationship with her mother.

Another thing I LOVE about this series is that it is extremely discussable. You know how I like to discuss books. As Clara tries to figure out what her purpose is and what it means for her, one big theme that develops is free will vs. destiny. Perhaps that doesn't sound interesting to you, but trust me, the way it plays out through the series - including how it affects the two guys - is fascinating. (you guys need to read these books so we can talk about them!) I plan on doing  a longer post on them eventually.

3. Elemental Mysteries Series by Elizabeth Hunter
A Hidden Fire, This Same Earth, The Force of Wind, The Fall of Water

Beginning with A Hidden Fire, the Elemental Mysteries is my favorite adult paranormal romance series (and it's self-published!). I started the first book after reading a lot of YA books, and it was refreshing to read a story about people my age, with adult problems. Beatrice is also a historian and librarian, basically she has my dream job. Giovanni is a vampire, who has lived a lot of history, and together they are amazing. I love the progression of both of their characters through the entirety of the series (individually and as a couple), and being in both of their heads enabled me to understand and sympathize with each of them. It is clear that the characters and their story arc were well thought out by the author. Plus the books feature awesome side characters, humor, and lots of travel (Texas, Greece, California, Brazil, China, Italy).

BONUS! A Hidden Fire is FREE this month on Amazon and Smashwords. GO get it NOW!

What are your favorite book series?