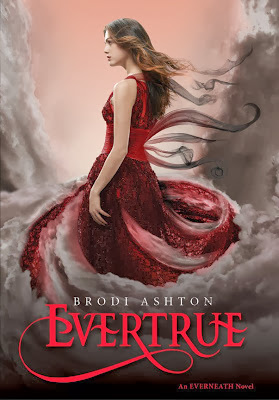 Official Summary: Now that Nikki has rescued Jack, all she wants is to be with him and graduate high school. But Cole tricked Nikki into feeding off him, and she’s begun the process of turning into an Everliving herself... which means she must feed on a Forfeit soon — or die.
Terrified for her survival, Nikki and Jack begin a desperate attempt to reverse the process using any means possible. Even Cole, who they expected to fight them at every turn, has become an unlikely ally — but how long can it last? Nikki needs to feed on Cole to survive, Cole needs Nikki to gain the throne in the Everneath, Jack needs Nikki because she is everything to him — and together, they must travel back to the Underworld to undo Nikki’s fate and make her mortal once more. But Cole isn’t the only one with plans for Nikki: the Queen has not forgotten Nikki’s treachery, and she wants her destroyed for good. Will Nikki be forced to spend eternity in the Underworld, or does she have what it takes to bring down the Everneath once and for all?
In this stunning conclusion to the Everneath trilogy, Brodi Ashton evokes the resiliency of the human spirit and the indomitable power of true love.
_________________________________________________________________________

Evertrue is the conclusion of Brodi Ashton's Everneath series. My thoughts below are spoiler free for the series (up to a point), if you're curious about these books but haven't started them yet. I made a note where you should stop reading if you're new to the series and don't want to know anything at all about it (no major spoilers). This review safe if you've read the first two books.

This is a series based on underworld mythology.
The Everneath series plays off the Hades and Persephone myth and also a little Orpheus and Eurydice, but the Everneath is more its own creation than specifically Greek-based. In Evertrue we explore more of the world below ground and learn a lot more about this society, including how it is constructed and operates. We get a lot of information in this book, and I did wish I had a bit more time to process it all before it was over. But overall, I enjoyed where Brodi Ashton takes her readers in the final installment.

The Love Triangle that wasn't.
This series features one of those non-love triangle situations that feels triangley at times in a very delicious way. What I mean is that Nikki is always sure where her heart is and it never wavers. But she Jack and Cole are tangled in a situation that is complicated and awkward at times. However feelings wise there isn't any angst in this book, and it's more of a love T than a ∆. She and He are in agreement of their feelings with the other guy also knowing where he stands.

I like how the romance, especially the 'triangle' played out through the series. It is interesting and integral to the plot, as opposed to being added just for confusion or tension.  All three characters are important to all three books. This is one series that I'm glad I didn't avoid because of my fear of triangles.

Biggest surprise in this book: the humor!
Evertrue is by far the funniest of the series. I found myself laughing at Nikki's wit and her banter with Jack and Cole, as well as the uncomfortable situations in which they become entangled. After so much intense emotion surrounded these three in the two previous books, this was a very pleasant surprise, as was the opportunity to see Nikki, Jack and Cole interacting together through most of this book.

I'm sure you're all dying to know what this is about:


Ten minutes later he stormed back in, grabbed our bags, and went back to the door, holding it open. "We're switching rooms," he said. "To one with a king."

I closed my eyes. A king-size bed. For the three of us. Maybe some adult romance author somewhere was writing the beginning of a similar scene, and maybe that scene was supposed to be hot, but to me it felt like hell.

(If you haven't started this series, you should stop reading here if you don't want to know specifics about the characters)

Jack
In Evertrue we finally get the chance to see Jack and Nikki as a couple in the present tense. This is something that I greatly appreciated, as most of their interaction previously has come through flashbacks. I have always been a Jack shipper 100%, and that only increased in this book. Jack is not exactly the same after his return from the tunnels, but he is still completely supportive of Nikki, even when things start to get awkward with Cole.

Cole
After the shocking revelation at the end of Everbound, Nikki is is not pleased with Cole, and neither was I. I was the most surprised with his story arc in Evertrue, and the opportunity it gave to get to know him better in a different light. I'm still not sure how he got to be so obsessed with Nikki in the first place, but I am not surprised by his feelings for her based on how bonded they've become after the Feed and all the time they've spent working together (and fighting with each other). We get to see a different side of Cole in Evertrue, and I appreciated the opportunity to get a glimpse past his walls.

Nikki
When Everneath began, Nikki was a complete mess emotionally and physically after surviving the feed with Cole. She was trying to come to terms with all the reasons she made the decision, and especially deal with the loss of her mom and attempt to mend her broken relationship with with Jack, her family and friends. As the series has progressed, Nikki has gained strength and resolve, and learned to accept support from those around her. Her life is still tricky, as trying to balance reality with her connection to the Everlings. But I think the author did a good job portraying that struggle in this book, as well as Nikki's transformation throughout the series from a girl who desperately wants to escape from her life to a girl who is determined and very much wants to live.

The End.
The conclusion of Evertrue is emotional, lovely, and I think, right for this series. If you're wondering, the "love triangle" does end in one of these ways, and I thought it was realistic in this context (I'm not telling you which one, though).

Love Triangle Factor: None for this book. Mild for the series.
Cliffhanger Scale: Series conclusion

ARC of Evertrue by Brodi Ashton 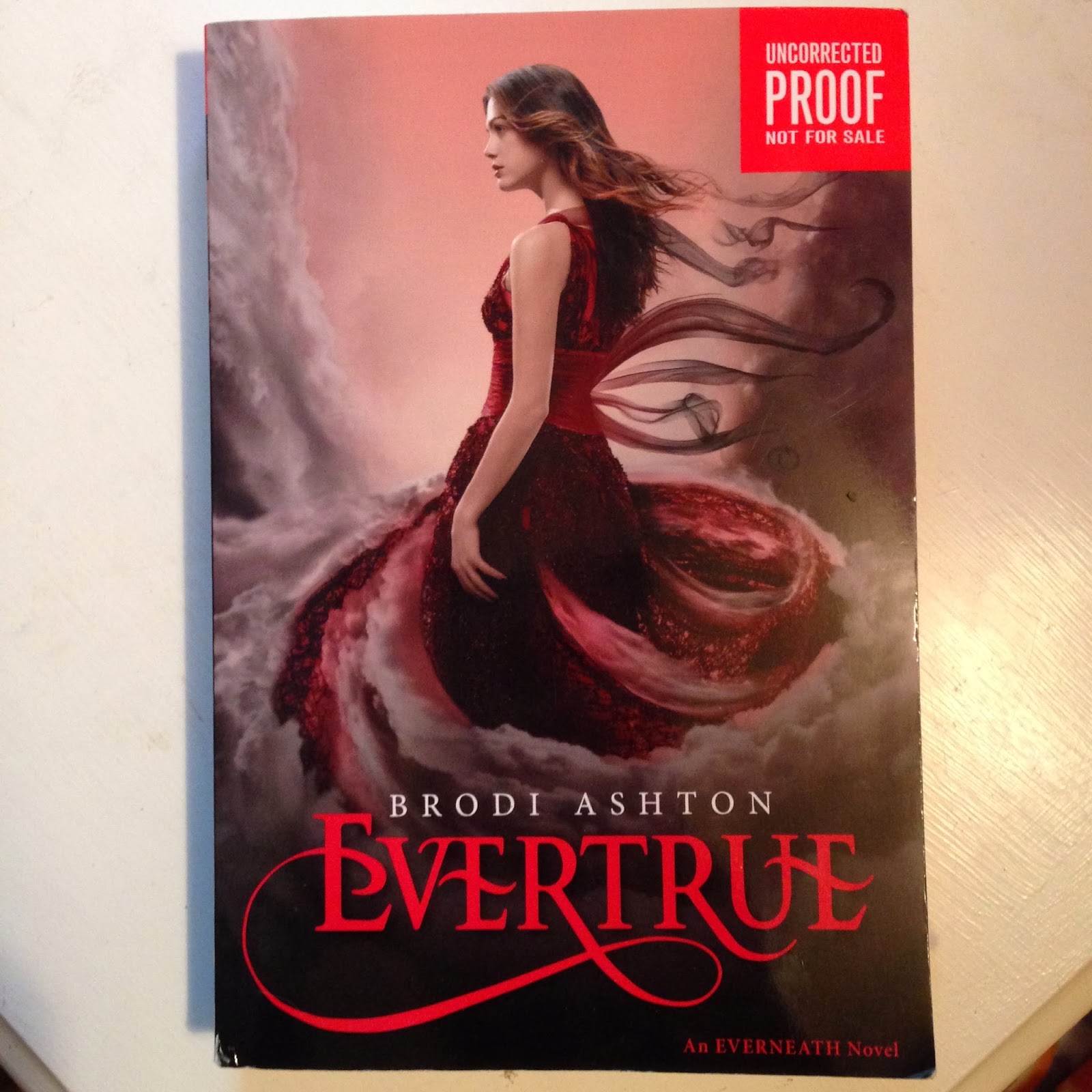 
Check my previous two posts to enter to win a signed copy of Unravel Me by Tahereh Mafi and an arc of Infinite by Jodi Meadows.